What are the benefits of GST?

The Goods and Services Tax (GST) was introduced by the Government of India with the aim of normalising the tax law.

The indirect tax regime was introduced to simplify the process of tax registration and filing and to bring all the goods and services under a single umbrella.

Compared to the old taxation system prevalent in the pre-GST period, the new rule has a number of advantages. Some of the GST benefits are as follows:

The new tax regime would prevent the tax on tax effect, which is the cascading effect on the taxes applied. This would prevent double taxation.

GST would harmonise the taxation law in the country. It is a single law, which caters to all brackets of goods and services.

GST would provide exporters a competitive advantage by the medium of neutralisation of taxes, which would positively affect their cost price.

The law would encourage investments and would lay grounds for more apt investments in the country.

The average tax burden on the companies would come down. This would help them in reducing prices of their products and services. This would insinuate the production and would provide impetus in industrial improvement.

The new tax system has provided online mediums for registering and filing taxes. This is a much simplified medium for payment of taxes. This would help in reduced tax evasions. This medium would provide stipulated and common timelines for the tax payers.

The system has introduced common procedures for registration and filing of tax. This makes the taxation uniform and simplified.

The new system is much more transparent in comparison to the old system. It provides more transparency, more efficient and effective compliance, impetus to the industries, manufacturers, common people and the overall GDP growth.

The new taxation can also be looked in the light of impact on trade and consumers. In comparison to the old system, below are the benefits of GST for trade, commerce, and common man.

Thus, it is quite evident that the new taxation regime would not only be beneficial for the common man but also help in the development of the overall economy of the country. 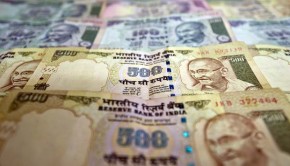