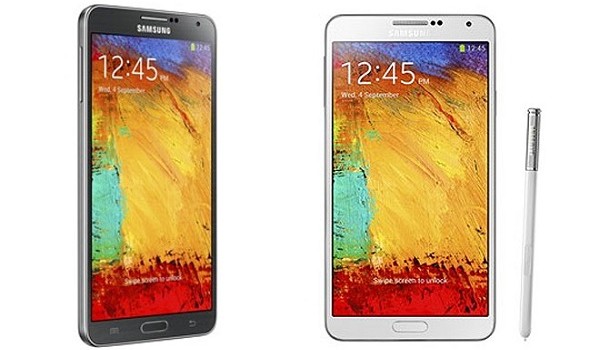 Today, Samsung launched the Galaxy Note 3 and Galaxy Gear smartwatch devices in India. Read on for a quick review.

First, let’s talk a bit about the Android 4.3-powered Note 3. Unveiled at the recently-concluded IFA 2013, the Note 3 boasts a 5.7-inch Super AMOLED screen, with size almost identical to the Note II, but slimmer. The phablet is powered by an octa-core  Exynos (quad-core 1.9 GHz A15 + quad-core 1.3 GHz A7) chipset, along with 3 GB of RAM.

Accompanied by a stylus (S Pen), the Note 3, just like its predecessor, comes with a host of S-features, some of which are based on the use of stylus. Connectivity-wise, there is Bluetooth 4.0, NFC, WiFi a/b/g/n/ac, DLNA, microUSB +(MHL). Its back sports a 13 MP camera that can shoot full HD videos as well as 4K videos at 30 FPS. The front side has got a 2 MP camera that can also do HD videos. A part of Samsung’s S-features, the cameras can do duals-shoot, meaning you can shoot from both the camera in a single video simultaneously. The Note 3 is equipped with 3,200 mAh battery, and 32 GB and 64 GB of on-baord storage options (expandable via microSD card).

Samsung had previously made the phablet to be pre-ordered for Rs 2,000. The device comes in black, white, and pink colour options. Samsung has priced the Note 3 at Rs 49,900 (32 GB) at the launch, along with a data bundle for Vodafone users. 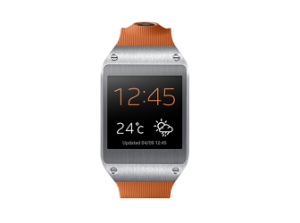 Coming to the Galaxy Gear smartwatch, this is a connected watch that sports a 1.6-inch Super AMOLED for showing all the notifications and some other bits while it’s connected to your Galaxy device. As of now, you can only pair one to a select few Galaxy devices, and get all the supported data right from your wrist. It is also equipped with a 1.9 MP camera on its strap, and a built-in speaker. What else, this watch has got voice control and a Twitter app, too (sixty pre-loaed apps). Weighing about 2.6 ounces, the watch has is powered by a single core 800 MHz SoC, and has got 315 mAh battery and 4 GB of internal storage space.

A few functions it is capable of includes showing missed calls, messages, email alerts, and instant messaging. Once connected with your supported device, you can check your contacts, messages, emails, etc. right from the watch. The smartwatch has been priced at Rs 22,990.

Which of these devices would you buy? Tell us in the comments section below.