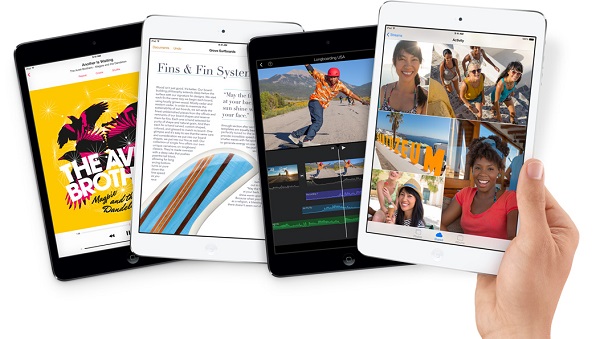 New tablets were unveiled and new devices announced in Apple’s fall event. Here’s a quick review of the new offerings.

Apple has announced two new iPads in its fall event – iPad Air and iPad mini Retina. The company also announced the new MacBook Pro, Mac Pro, OS X 10.1 Mavericks and new iWork and iLife software. Let’s take a look at what all Apple unveiled on the tablet side:

iPad Air: The iPad Air is Apple’s fifth generation iPad, but now you have the term ‘Air’ added to its name –specifically because the new iPad is lighter (1 pound) and thinner (0.75mm) than the previous generation models. Apple has decreased the bezels on the iPad Air’s side to improve screen estate in the same size.

The new iPad Air is powered by the A7 (64-bit) chip that we previously saw on the iPhone 5s. Sporting the same 9.7-inch Retina screen as the previous two models, this iPad also boasts M7 commotion processor for saving battery and doing tasks related to motion like accelerometer, gyroscope, etc. On the back, there’s a 5 MP camera; while the front gets a better iSight camera with larger pixels for low-light performance.

Connectivity-wise, there WiFi with MiMo techlology thanks to its dual antennas for faster data exchanges, 3G and LTE (depends on model). The iPad Air also features dual microphones for better voice recognition and calls. The tablet goes on sale in the US and several other countries starting November 1, with a base price of $449 for 16 GB WiFi-only mode, and goes up to $929 for 128 GB WiFi + cellular model. The iPad comes in silver + white and space grey + black colour options.

iPad mini Retina: The Retina display on the next-gen iPad mini (in featured image above) was very much on the cards. It will be interesting to see how much its battery life is, considering that the size is pretty much the same, while the display is now much better than before. With its 7.9-inch Retina screen, with the same resolution as the iPad Air (2048 x 1536), the new mini is also powered by the same A7 (64-bit) chip and M7 motion coprocessor.

Having the same MiMo technology as the iPad Air for WiFi, and Bluetooth 4.0, the mini Retina also comes with a 5 MP rear camera, and the same front-facing 1.2 MP iSight camera. The tablet will start selling from November 1 too, with its base price for 16 GB WiFi at $399, and going up to $829 for 128 GB WiFi + cellular. The iPad mini Retina comes in silver + white and space grey + black colours.