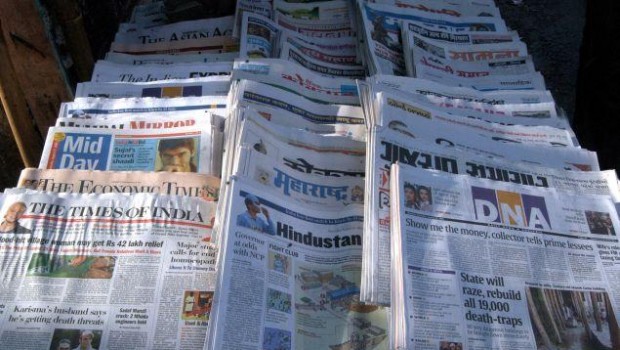 Why do papers and channels think people are interested in knowing who broke a news story ahead of the competition?

When I was employed with newspapers full time, the biggest issue I faced was not that I hadn’t properly expressed myself in a story I wrote for the day’s edition, or that I hadn’t packed in enough detail. No, the one big issue, and it was the first thing that struck me when I woke up in the morning, was:

“Have I missed a story?”

Most reporters wake up and check their phones for messages and missed calls – with thoroughly guilty consciences – from potentially irate editors. The best feeling in the world is to know that the office did not call or text while you slept, and that the worst that happened to you was that you won the Coca Cola Lottery again this week.

The feeling of contentment lasts but a few seconds. Reporters then leap at the newspapers – of which, each serious journalist’s house will have at least seven, sometimes in more than two languages – and study the news sections as if preparing for a pop quiz. And while they’re sitting in a sea of newspapers, they’ll also check the TV news. I know reporters who read newspapers, hold the TV remote in one hand and their BBs in the other, and simultaneously check the news feeds on all three.

This enthusiasm serves three functions – one, you know what the competition has published and you haven’t; two, you know if your story really was ‘exclusive’ or not; and three, you can mentally prepare your arguments for and against a certain item in a rival publication or channel (“But sir, what do you mean ‘Why don’t we have that story? YOU told me not to write it!”)

In the event that a reporter has missed a story, a new drama unfolds. He has to first pick up the phone and confirm if the rival’s news is true or a random tweet. If true, he has to get to work and track a good follow up to the story. Meanwhile, he has to count to 100 while his boss tells him, in 10 different ways, that he is an incompetent ass. After that, he has to promise himself never to miss a story again.

I used to be part of these shenanigans myself, and when I would tell my mum about it (my mum is this erudite, painfully analytical woman who has often given me stories) about how I missed a story and what a big loss it was to my paper, she would shoot me a look that said: So?

Over the years, you learn to calm down about missing a story, because in the larger scheme of things, you find that people don’t really care if you missed reporting about a factory opening in Ulhasnagar, or if an aged actor was admitted to hospital for an ingrown toenail. But try telling that to your editor. The merest suggestion of, “But how is this important to our readers…?” has made many an editor foam at the mouth and throw furniture at the staff.

Similarly, readers do not care if you were the only one in the country to report something that the others didn’t. So claims of ‘We were the first to report that…’ or ‘Remember, you read it here first,’ only open you up to ridicule. Again, reminding an editor of this is akin to stealing birthday cake from the birthday boy’s plate.

People only want to be told the news truthfully and completely, in a way that doesn’t insult their intelligence. Readers can see right through a plug, they are not impressed with claims of ‘The Home Ministry took this action after our report’ and if you want to see a reader’s blood pressure shoot, put a chaddi-bra ad on the paper’s front page. While papers and channels are playing Hits And Misses all day, their readers are reading the line ‘We told you first!’ and thinking, So?

One Response to Don’t wanna miss a thing