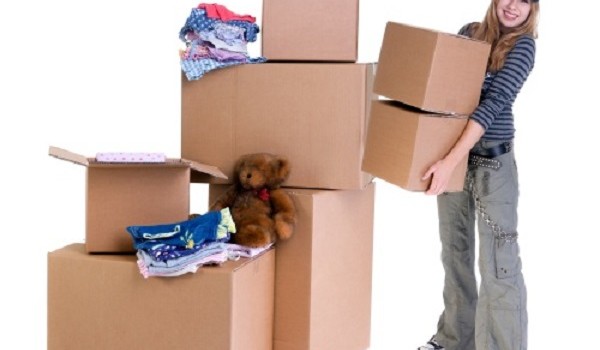 Single? Want to rent a house? Read this.

Buildings try to discourage single women from renting homes. But there are ways to get the house of your choice.

In recent years, we have heard of incidents where single women found it difficult to rent their own house in Mumbai. The reasons for this are wide-ranging – while some building societies have been openly hostile, putting up circulars restricting the renting out of homes in their premises by single women, others have been more covert.

By law, nobody has the right to refuse a person wishing to buy or rent a house on any basis except non-conformity to rules and bylaws, and on no grounds can religion, caste, personal habits, occupation and gender play a role. However, increasingly, these very factors are coming into play.

Why target single women?
Traditionally, our society’s patriarchal mindset accepts the image of the man as being the provider. Hence, any transactions of property and major investments are ‘supposed’ to be the purview of the man. “There are many people, even in this day and age, who insist on renting their homes out only to families, and definitely not to single women,” says Rajendra Patil, an estate agent based in Borivli. He says that some home owners feel that ‘single women will not pay the rent on time, they will bring men home, and that families are more reliable.’

“We receive many requests for homes from single working women, but I have had to turn them away on several occasions.” Patil says that two flats that he has been hired to broker come with the strict instruction that the flats would not be given to any single women or men. “Not all home owners are this rigid – but most of them are,” he says.

Adds Richen D’Souza, a real estate broker from Vasai, “I think people became more wary [of renting out/selling flats] after some crime incidents came to light involving single women (such as the Neeraj Grover case, the Alok Tikku murder), and even if single women can rent flats, their backgrounds are checked first. And women from the film and TV industry are not given flats at all.”

What do the bylaws say? 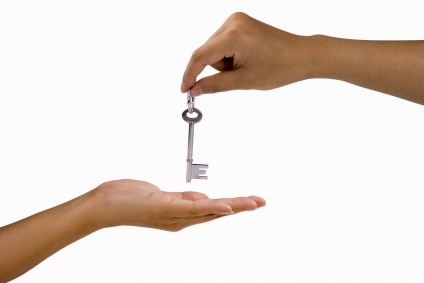 “According to bylaws, a society can never have an official rule that disallows single women from buying or renting property, whatever industry or caste they belong to,” says Pankaj Ahuja, a partner at a real estate firm in Juhu. “But building societies do impose their own rules. A woman belonging to the entertainment industry is a big negative, and recent high-profile crime incidents are responsible for that. Another major hurdle is the unofficially designated ‘vegetarians only’ societies, for example, where a majority of the society’s members are vegetarians. In such cases, others can’t even order non-vegetarian food. There are many societies that insist on only vegetarians buying or renting the flats.”

Says Khyati Parmar, a PR professional who has leased a house in Andheri, “I had to use a contact in the local police station so that my police verification process (after the registration of lease was done) would go smoothly and I would get the house. I also ingratiated myself with the building secretary and chairman, so that they would have a good opinion of me. Before this, I was turned away by at least three buildings that did not want to rent the flats to me despite the flats lying vacant.”

How can you bypass these obstacles?
It seems unfair to be refused a house because of your religion, occupation or gender, but you must be careful and look for ways to get the transaction on the board. Try these tips:
– Do your research. Ask your single friends where they stay, and how the building society treats single women tenants. Look for a house in the same building, or in the same locality. Not all building societies impose a blanket ban on single women.

– Approach a real estate broker who can help you zero in on a location, because they know which client will be favourably disposed to renting to a single woman.

– Always insist on your rent agreement being registered, for your own safety. This will ensure that you are not unfairly evicted without sufficient notice. Also insist on a lock-in period of six months, during which the owner cannot evict you to accommodate another party paying a higher rent.

– If you are working and single, says Ahuja, you can try and put the building at ease by furnishing a work experience letter and character certificate from your company. “Or even better, look for a company lease, wherein the company directly pays the lease from your salary,” he says.

– You have the right to refuse to furnish a proof of income.

– Try not to force your way into a transaction. “You may be right from a legal standpoint and you may get a house after throwing a lot of technical jargon at the building society,” says Ahuja. “But if the society is vindictive, it will get back at you in some way. There was a case when a woman was given a nightmare of a time by the society, till she finally left.”

– If you work in the entertainment industry and are a single woman, you will have to be extra careful. Says Ahuja, “Look for a building which is planning redevelopment soon. The people in these societies are keen to get anyone to ensure they get rents till the building actually goes in for redevelopment.” Again, an estate agent can help you find such buildings in the locality.

– Understand the society’s rules. However, do not agree to any rules that will impede your timings or lifestyle. “Some buildings insist that all members should be inside the premises by 11 pm or they will lock the main gates. Such restrictions cannot work for those whose offices are located far away or whose working hours are erratic,” says D’Souza. Additionally, insist that your flat owner cannot visit you unannounced.

– Take care to not disturb other members or have people walking in and out of your flat all the time. “Though who comes to your house is your business after you sign the lease, buildings still look for ways to curb visits from outsiders,” Patil says. Try not to throw parties at your place, and if you must have friends over, ensure that they don’t make noise and that your visitors don’t step outside your house after 10 pm. Visitors must also not insist on using the building’s parking space.

– Ahuja cautions single women from going the other extreme, however, and having nobody ever come home. This can put the woman in a vulnerable position as well. “Ask a family member to stay with you for a few days each month, so that the building society knows you are not alone,” he says.

– Ensure that you get an expert to look into the various clauses of your agreement. “Some owners try to act extra smart with single women, especially single women with children,” says D’Souza. “They wrongly assume that women don’t much look into the technicalities of the transaction and will blindly follow instructions. It is better to hire an estate agent you can trust, and even better to take the agreement copy to an expert who can see if whatever is being promised will be delivered in the deal.”

Tags: how to rent a home in mumbai, kharcha paani, single women renting homes in mumbai

2 Responses to Single? Want to rent a house? Read this.