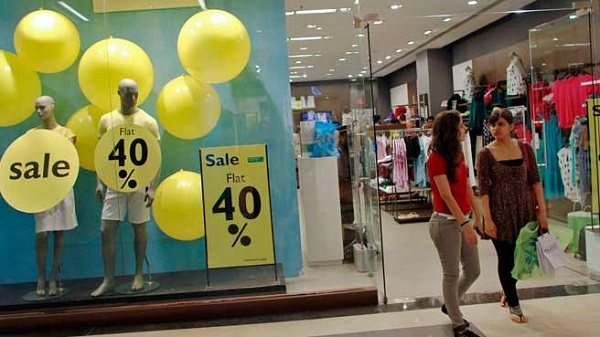 Less shopping for Mumbai this year?

Survey says that the economic slowdown, job uncertainties and high interest rates are likely to dampen festive shopping this year.

This Diwali, there is every chance of shopping malls in the city doing really thanda business. Shopping malls, which are already suffering from relatively less footfalls, are expected to see a sharp decline of 35 to 40 per cent in footfalls in the ongoing festive season as the economic slowdown, high interest and job uncertainties have dampened the shopping spirit this year. This was revealed by an ASSOCHAM (Associated Chambers of Commerce and Industry) survey.

The survey, titled ‘Shopping malls fail to draw footfalls this festive season’ indicated that economic slowdown, galloping inflation and interest rates have upset the festival shopping plans of all the consumers this festive season. The ASSOCHAM team interacted with about 650 leasing managers, representatives of malls’ management, strategists, marketers and supervisors in Mumbai, Delhi-NCR, Ahemdabad, Chennai, Kolkata, Hyderabad, Chennai, Bangalore, Chandigarh and Dehradun. However, Mumbai’s shopping spirit was found to be better than that of Delhiites (33 per cent), Ahmedabad (31), Chennai (30), and Hyderabad (27). 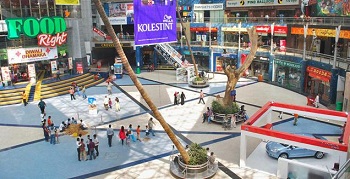 Commenting on the trend, DS Rawat, Secretary General, ASSOCHAM said, “The trend is on expected lines as the economic recovery is rather slow and consumer confidence is low.”

As per the ASSOCHAM estimates, roughly 250 to 300 malls came up in the country over the last two years but 70 to 80 per cent of the spaces in these malls lie vacant. The economic slowdown has landed especially heavily on the shopping malls. The survey further reveals that the slowdown, job cuts and devaluation of the rupee against the dollar is also making imported raw material and finished goods costlier. It will also impact consumer spending in a significant way. The currency fluctuation is a major challenge for the consumer electronics industry because imported consignments come at a higher cost. The dinnerware and cookware companies have already started offering attractive offers and discounts to boost sales, adds the survey.

More than 47 per cent of the total mall space in nine cities is vacant, the survey found.  Delhi-NCR tops the list with 55 per cent of malls being vacant, followed by Mumbai at 52 per cent, Ahmedabad at 51 per cent and Chennai at 50 per cent. In order to lure retailers, many developers started giving rent-free period for up to six months for big brands.

While some malls are operating at 60 per cent occupancy, others are struggling with less than 20 per cent. “Vacancy levels are due to poor location, poor design and poor parking facilities while some are operating at 60 per cent occupancy,” the survey said. The industry is also facing problems like multiple taxes, lack of clarity in policies and shortage of experts in areas such as supply chain and store management.

Both retailers and consultants seem convinced that the mall magic seems to have disappeared in a puff of smoke on the back of the economic slowdown, poor revenue models, low footfalls-to-sales conversion and lack of special purpose malls, adds the survey.