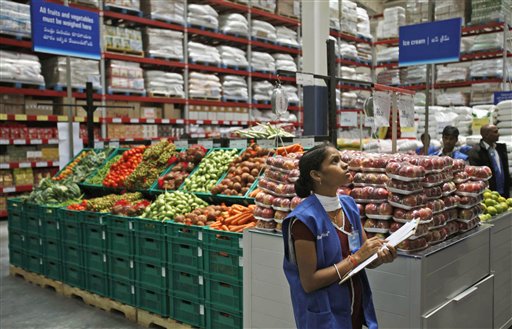 Just ‘Be!’ in Mumbai

Be!Fund, an initiative that funds enterprises run by people from low income groups with risk-free capital, launched in Mumbai yesterday.

This is great news for those looking for capital to fund a business idea that will benefit the community they live in. Going to School, the Delhi based not-for-profit organisation, announced the launch of the Be! Fund at a press conference in Mumbai yesterday. The Be! Fund provides new access to risk-capital (up to $10,000/INR 500,000) to young people from low income groups so that they can start sustainable enterprises that solve local social and economic problems where they live.

Be! Fund is built on the premise that the world needs new heroes for the time we live in and the heroes we should look for are the poorest young people in India – they have solutions that can change India for everyone.

Be!Fund operates by using movies and radio to reach out to young people to ask them to call with local, sustainable, business ideas for change. “The business idea must prove that they can solve a local problem, generate income for the entrepreneur and create jobs. Young people return the investment once they generate a profit, if they fail, they are not put into debt. It’s a risk capital fund based on trust and belief that the poorest young people are the best people to run their businesses. All returns are ‘paid forward’ to invest in more young entrepreneurs to change the way ahead,” says the Be!Fund website.

Commenting on the role of Be! Fund, Heydlauff said, “By 2020, there will be over 200 million unemployed young people below the age of 30. The youth unemployment crisis cuts across all industries and development sectors. In short, we need new heroes to solve India’s greatest problems – the heroes we need to find are the poorest, youngest people in India, who by pioneering new sustainable business models that create jobs and solve problems become role models to inspire millions of young people to change the world around them by choosing to become entrepreneurs.”

The Be! Fund started in Bengaluru, with a seed capital from entrepreneurs Phaneesh Murthy and Dev Roy, who believe that the poorest young people in India are worth investing in to change the world – they have the answers to the problems their communities face, all they need is a group of people to listen to them and be open enough to take a risk to invest in their ideas to make them a reality. After the success in Karnataka, new investors in Be! Fund decided to take this ‘made-in-India’ model to Mumbai and the rest of India.

One Response to Just ‘Be!’ in Mumbai