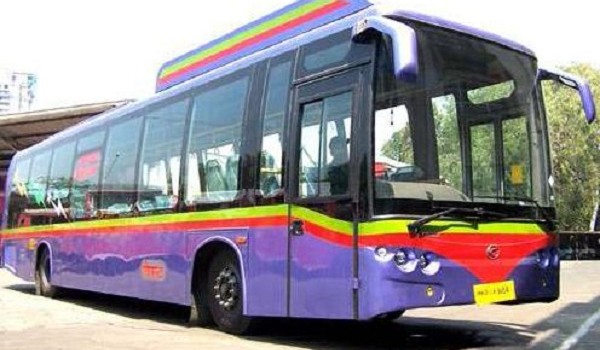 Activists fume as BEST decides to give free passes to corporators

32 city-based activists have written to the BMC chief asking why the running-in-losses BEST is being burdened with this largesse.

The Brihanmumbai Electric Supply and Transport (BEST) Undertaking has, financially, been in the red for several years now. The Undertaking has tried to make up for its losses (on all its bus routes in Mumbai) by regularly increasing ticket fares, but to no avail.

And now, surprisingly, the BEST has decided to award free travel passes to the BMC’s 241 Corporators and Committee members on its AC buses. There are 227 elected corporators and 14 nominated corporators. This idea has upset activists in the city, two of whom – Gaurang Vora and Kamlakar Shenoy – have shot off a strong letter of protest to BMC Commissioner Sitaram Kunte last week. The letter is supported by 30 other Mumbai-based activists.

The letter reads, “We, the residents of Mumbai, would like to lodge our strong protest against wastage of scarce public funds to grant free travel to 241 Corporators and Committee Members on the AC buses of loss-making BEST undertaking.

“We fail to understand the logic for this largesse by the BMC administration. The demands of our representatives are ever increasing with no collateral accountability. The Corporators have no responsibility for providing better civic conditions – like pothole-free roads, un-encroached footpaths and public open spaces, choked drains and nallahs, clean drinking water supply, better maintained gardens and maidans, etc.”

Gaurang says, “The Corporators already are entitled to free travel on the BEST buses. They were given laptops worth crores of rupees but how many use them? Do they use them to receive complaints from citizens or their feedback? Do they hold regular meetings with the residents of their constituency? Then what right do they have to demand more and more freebies at the cost of tax payers’ hard-earned money?”

The letter urges the BMC to revoke the decision, on the grounds that the “BEST is already bearing losses of up to Rs 748 crore” and further burdening it would result in fare hikes for the ordinary citizen.

“Though we have asked for a hearing on the matter, we have not been given a meeting time yet,” Gaurang said.