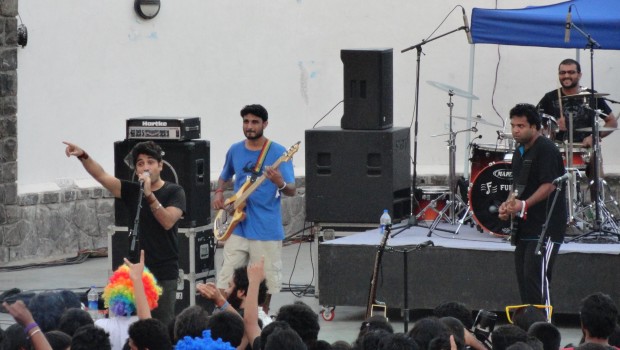 Do you like unfunny jokes and stereotypical ‘humour’ in your songs? You will love Vir Das and the Alien Chutney.

How do you know if people have been to the NH7 weekender? They will tell you that they watched Vir Das and the Alien Chutney perform on Sunday, not an act they’d be able to see in the normal course of their lives.

Vir Das and the Alien Chutney is India’s first comedy rock band with a punch line that says ‘Romedy Cocks!’ (I am not making this up) The band has been active for over a year now, performing live at various gigs across the country, and seemingly specialises in sleaze, lacing all its songs with sexual innuendo for extra pleasure.

At NH7, they opened their act with the words, “We don’t care about the critic reviews, we are here for your entertainment”. As if music critics over the country were rushing to review a ‘Romedy Cock’ band. Thankfully, the performance itself was brief, full as it was of songs insulting Delhi girls, Punjabi men, and parodies on heavy metal bands, Gangman Style, Himeshbhai and Harry Potter. I appreciate Vir Das and the Chutney for attempting to create original music, but their lyrics are difficult to follow. The words seem forced on the tunes, and would better suit a stand-up comedy act.

One of the songs was called Village Man. The build-up to the song was a pop poll on how many girls had slept with Haryanvi men. The song itself was about – you guessed it – a Haryanvi man’s attempt at sexual intercourse and how he breaks the girl’s arm because he gets distracted by a squirrel and tries to grab the squirrel instead of the girl.

Next was Punjabi Men and their Man Boobs and a ballad on Delhi Girls, who are supposedly gold diggers. Both these songs’ lyrics were examples of blatant stereotyping of North Indian men and women. We’ve all heard the material several times over already, across several different platforms, and I can’t believe people are still making songs on man boobs.

The parody on heavy metal music was seasoned with names of actual metal like iron, zinc, copper and many more from the periodic table, along with jolts of double bass. Just when we were beginning to think the lame sex jokes were over, BANG! Out came lame jokes on other issues. The parody on Harry Potter was very offensive, and again, we didn’t get the joke – the chorus went: ‘Harry Potter is a Randi, Hermoine is a Randi, Dumble, Riddle, et al is a Randi…’ and so on.

The only parody remotely close to funny was the Gangnam Style one. The lyrics were actually laugh-inducing and contextual to the original song. In a gist, it was about how we don’t understand a single word of the song and throughout the song eagerly await the chorus just to watch a chubby Korean dance funnily. Of course, it had enough profanity to make PSY very angry.

I think the band doesn’t live up to the genre it claims to create. It takes much more than just mocking famous personalities and insulting communities to make people laugh. We are not asking for all-clean, sans profanity songs (after all, we are not the Censor Board), but at least give us a good joke.

If this is Vir Das’s attempt at matching the musical parodies on Saturday Night Live or the famed troupe ‘The Lonely Island’, then he needs to work much harder. The standards set by artists of the comedic music genre are very high already, and plain mockery and insults won’t help. Sexual innuendos are fine, but too much is too much. Agreed, breaking new grounds is tough, and full marks to the band for attempting that, but I strongly feel there is no need to take this on a live platform.

Next time I’m not going to stand in the middle of the day to watch Vir Das and the Alien Chutney rant about Himesh Reshamiya’s nasal hair, a joke done to death. I’d sooner watch them online, with the comfort of having the option to ‘close window’. 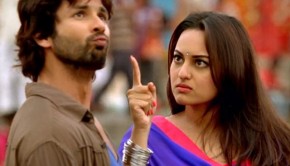