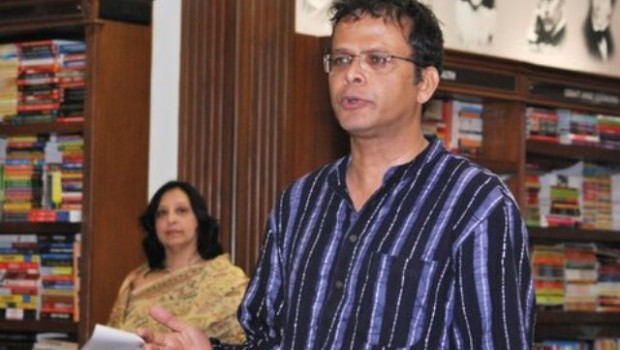 Four days of music and readings by city-based poets will take place at Kitab Khana, at Fort, starting September 26. 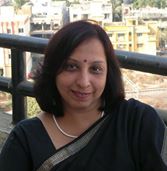 As the third edition of the global movement 100 Thousand Poets for Change gains momentum around the world, Kitab Khana, the well-known book store in South Mumbai, will host a four-day poetry festival starting tomorrow. The event, curated by Mumbai-based writer Menka Shivdasani (in pic on left), takes place between September 26 and 29, 2013, and includes musical performances and readings by city poets. This is the second time that Kitab Khana is hosting the event in Mumbai.

On September 27, in a programme coordinated by writer and artist Anjali Purohit, the focus will be on women’s lives. This event, entitled Holding up Half the Sky, will have music and poetry based on the three sub-themes of ‘Woman and work’, ‘Being woman’ and ‘Woman as daughter, mother, wife, lover and partner’. There will be musical recitals by Amarendra Dhaneshwar and Mukta Raste and readings by Anjali Purohit, Annie Zaidi, Dileep Jhaveri, Rochelle Potkar, Menka Shivdasani, Smita Sahay and Urvashi Pandya.

On September 28, which is the global day for 100 Thousand Poets for Change this year, classical singer Neela Bhagwat of the 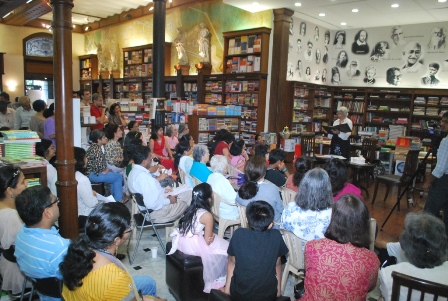 Gwalior gharana will perform her interpretations of Tagore’s compositions from her concert ‘Robi Anurag’; this will be followed by ‘Poems for Peace’ readings by city poets, including Ranjit Hoskote, Mustansir Dalvi, Hemant Divate, Anju Makhija, Pallavi Jayakar and Vivek Tandon.

For the final day of this festival, September 29 at 10.30 am, Rati Dady Wadia, a prominent educationist in Mumbai and former principal of Queen Mary School, is coordinating The Music of the Spheres, a programme with children, on the themes of peace and sustainability, along with an exhibition, Wonders of Nature. Students of the Bombay International School, Avabai Petit School, Bandra, JB Petit School, GD Somani School and Gopi Birla School will participate. Poems by Ayra Cama will also be presented.

“Peace and sustainability are major concerns worldwide, and the guiding principles for this global event,” says Michael Rothenberg, Co-Founder of 100 Thousand Poets for Change. “We are in a world where it isn’t just one issue that needs to be addressed. A common ground is built through this global compilation of local stories, which is how we create a true narrative for discourse to inform the future.”

(Pictures courtesy 100 thousand poets for change on Facebook, www.100tpc.org. Images are from last year’s event at the same venue)