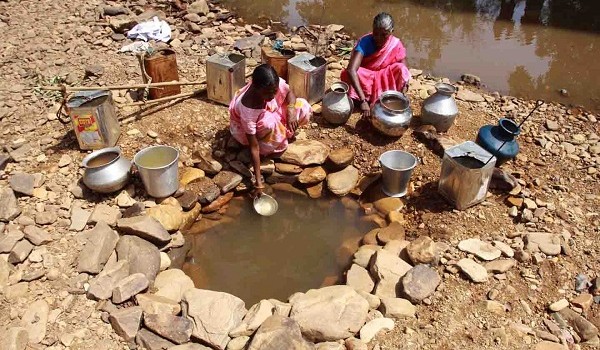 The perils of water mismanagement

A TERI analysis on the state of the world’s current water mismanagement paints a scary picture for the world’s future.

By 2030, about 47 per cent of the world’s population will live in highly water-stressed areas. The only way to reverse this trend is to invest in environmental infrastructure and effective management of water to bring relief to millions afflicted by poverty, hunger and disease.

More than 700 million people in 43 countries across the world live in water-stressed conditions with the Middle East being the world’s most water-stressed region, having an average annual availability of only 1200 m3 per person. By 2030, about 47 per cent of the world’s population is expected to dwell in areas that will be highly water-stressed (per capita water availability less than 1700 m3). Around 60-90 million hectares in Africa will be under arid and semi-arid climatic regime and this will have serious implications on food and water security in the region. 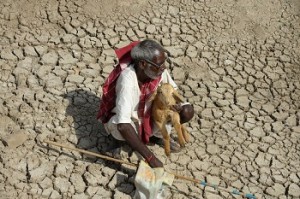 The water resource endowment and distribution across the world vary spatially and temporally. The problem of inequitable resource endowment has implications for water security. The variations in intra and inter-regional vulnerabilities are by virtue of their geographical locations, whereby runoff is projected to increase in high latitudes and wet tropics (like in China, Finland, high latitudes and large parts of USA) and decrease in the mid-latitudes and some parts of the dry tropics (parts of West Africa, Middle East, Southern Europe and Southern South America and Central America). Ironically, nearly two-thirds of the world’s population resides in areas receiving only one-quarter of the world’s total annual rainfall. In these circumstances, sustainability of water resources is of paramount importance.

Water scarcity, unclean water and lack of sanitation affect the poor people all over the world. One in five people in the developing world lack access to clean drinking water (a suggested minimum of 20 liters per day), while average water use in Europe and the US ranges between 200 and 600 litres/day. A number of studies including the report by the United Nations Development Programme have revealed that people living in slums in developing countries pay between 5 to 10 times more per unit of water than do people with access to piped water (UNDP, 2006). Over 1 billion people suffer from diseases due to lack of safe water, and are consequently less productive than they would be. The poor spend a huge amount of time fetching water, the opportunity cost of which they hardly realize. The desperate situation of the poor, therefore, exacts a toll on the economy as well as on their environment and its ecosystem.

For poor people, water scarcity is not only about droughts or rivers running dry, it is about guaranteeing the safe access they need to sustain their lives and secure livelihoods. For the poor, scarcity is about how institutions function and how transparency and equity are guaranteed in decisions affecting their lives. It is about choices on infrastructure development and the way they are managed. In many places throughout the world, organizations struggle to distribute resources equitably.

While access to safe water and sanitation have been recognized as priority targets through the Millennium Development Goals (MDGs) and the Johannesburg plan of action of the World Summit on Sustainable Development (WSSD), there is increasing recognition that this is not enough. Millions of people rely on water for their daily income or food production. Farmers, small rural enterprises, herders and fishing communities – all need water to secure their livelihoods. However, as resources become scarce, an increasing number of them see their sources of income disappearing. Silently and progressively, the number of water losers is increasing – at the tail end of the irrigation canal, downstream of a new dam, or as a result of excessive groundwater drawdown.

Along with the UN’s MDGs for ending poverty, eradicating hunger, achieving universal primary education, improving health, and restoring a healthy environment, the Millennium Ecosystem Assessment examines the consequences of ecosystem change for human well-being, and analyses options for conserving ecosystems while enhancing their contributions to human society. Environmental degradation is a major barrier to sustainable development and to the achievement of the MDGs. More than 70 per cent of the 1.1 billion poor people surviving on less than US $1 per day live in rural areas, where they are directly dependent on ecosystem services.â€™ Investing in environmental assets and the management of those assets can help achieve national goals, bringing relief to millions of people from poverty, hunger and disease.

In large parts of the developing world, irrigation remains the backbone of rural economies. However, smallholder farmers make up the majority of the world’s rural poor, and they often occupy marginal land and depend mainly on rainfall for production. They are highly sensitive to many changes – such as droughts, floods – and also on shifts in market prices. Investment in water infrastructure, in both its physical and natural assets, can be a driver of growth and the key to poverty reduction.

Poverty reduction and economic growth can be sustained only if natural resources are managed on a sustainable basis. Greening rural development can stimulate rural economies, 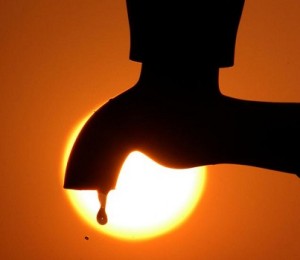 create jobs and help maintain critical ecosystem services and strengthen climate resilience of the rural poor. Conversely, environmental challenges can limit the attainment of development goals. As the economy grows rapidly, it will meet the constraint of natural resources and will have to exploit them in a sustainable manner for growth to persist.

The governments in many of the developing countries are developing schemes to deliver green results and contribute to the goal of ‘faster, sustainable and more inclusive growth. As the UN Secretary General’s High Level Panel on Sustainability notes, there exists tremendous opportunity for a dramatic improvement in the lives of the rural poor, even while they move towards more sustainable production models. Resource users will need access to assets, technology and markets. Success will depend on initiatives with capacity to effectively coordinate efforts and cooperation in water resource use. This will not only help overcome the constraints posed by environmental degradation, but utilise environmental resources as an opportunity to spur growth and poverty reduction.