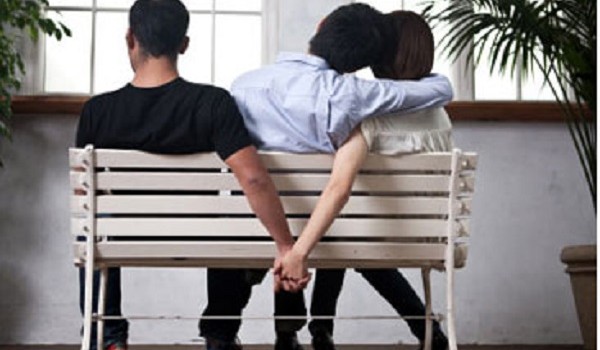 I looked at my watch yet again in exasperation. If Rafiq wasn’t going to make it, why hadn’t he called to tell me so? Tentacles of hunger gripped my innards. Since my table was close to the kitchen, the tantalizing aromas wafting from there only served to worsen my plight. I closed my eyes and exhaled. I opened them slowly after a few seconds and looked around at the restaurant.

Two intricately carved artifacts hung on the opposite wall, but what caught and held my eye was the exquisitely painted still life on the wall near the entrance. Most customers and patrons hardly even glanced at the décor, much less appreciated it, but then I have always had a soft corner for the arts. The painting depicted a large turquoise blue vase. What I particularly liked was the skill with which the artist had rendered the slanting rays of light falling on the vase.

I glanced around at the customers. On my left, a middle-aged couple was eating noisily. I looked away in disgust. My mind strayed to Rafiq. Perhaps, he might have changed a lot since the last time I saw him. Two years is a long time. A lot of things can change in two years. Entire lives can change. He might have grown a beard, grown his hair longer, or might even have shaved his head. At this last possibility, I almost laughed out loud. I couldn’t imagine Rafiq without his trademark curly hair. I fingered my own day-old stubble and wondered what changes he might find in me. Outwardly, at least. For a few seconds, I looked down at my reflection on the shining surface of the table.

When I looked up again, I saw that a girl, sitting two tables away, had been eyeing me. I smiled wryly to myself. I’d had my share of affairs in the past and most of them had been short-lived. Except for one woman who was my life and soul now, no female had ever come close to understanding me or capturing my heart.

A child ran about, winding its way between tables, squealing with glee. My stomach growled again and I silently cursed Rafiq. Suddenly, like a djinn, he materialized at the entrance of the restaurant. For a minute, while he stood there, his eyes scanning the tables, the noon sun shone down harshly on his forehead, highlighting little beads of perspiration. Then, his glance fell on me.

“Hi Ashfaq!” he greeted me breezily even before he’d reached the table. After he got to my table, I rose to greet him. We embraced briefly, then, he asked, “How have you been?” When I replied I was doing fine, he apologised for the delay. “Sorry mate, I got held up in the traffic. You know how it is like near the newly constructed bridge, don’t you? Two years back, who’d have thought the city would be congested like this? Just look at the city now,” he was gesticulating as he spoke. “And so many new malls everywhere in the city.”

“Rafiq. I am hungry. Let’s eat first,” I interrupted before he could carry on further.

“Sure, sure. Lunch first, then we talk and you can tell me what you have been up to.” While he read out our orders to the waiter, I scanned my friend’s face, looking for changes. There weren’t many. Rafiq only looked thinner and his hair was now shorter. Abruptly, he turned to look at me interrupting the appraisal. “He says the eggplant gravy has been replaced by tomato butter gravy. Is that okay with you?”

I managed to stammer a reply, “Yes, yes, of course. That will do fine.”

Having sent the waiter on his way, he now turned the force of his intense brown gaze on me. But I’d already anticipated this and before his eyes could meet mine, I’d casually busied myself with the menu, pretending to look at the dessert section. From the corner of my eyes, I could see Rafiq mopping his forehead with an already sweat-soaked kerchief. The air-conditioning had still not begun to take its effect on him. Silence draped itself around our table like a soft rug placed gently on a sleeping child.

I hoped the waiter would hurry with the food. Thankfully, he arrived within a few minutes and we dug into the food with gusto. We ate quietly for a few minutes before Rafiq broke the silence. “How is your work going on?”

“Work’s going on okay,” I replied, even as I scooped some of the deliciously thick gravy with a piece of the naan and popped it into my mouth. For a few seconds, I chewed blissfully on that succulent bit, trying to forget everything else. I saw that Rafiq didn’t seem to be eating much but I was ravenous, so I ordered two more butter naans and systematically proceeded to devour them.

I had to make some attempt at conversation too. I began, “How are things at your end?”

“They are okay, sort of,” he said distractedly, spooning some of the gravy onto the porcelain plate. But it was obvious his mind wasn’t on the food. After I insisted on knowing more, he opened up a little and talked. “Yesterday, again, Raheela had a fight with me. You’d think the woman would be more understanding considering I have been away for so long. But no, sir! She picked up some issue and was bent upon proving that she was right. Thankfully she never argued much on the phone when I used to call every now and then in the last two years. That would have really made me mad.”

I’d stiffened at the mention of her name but gained my composure quickly. Luckily, Rafiq hadn’t noticed anything. He was continuing to rant about her. “What a woman!” he said, finally ending his tirade.

What a woman, indeed. If only he knew.

“I remember you telling me two weeks back that there was some problem at the workplace. Is it all sorted out now?” he asked, taking a sip of the chilled water.

I recalled that conversation very well. Rafiq and I had made a pact of sorts to keep in touch regularly during these two years and once in every two weeks, one of us would call the other.

That evening, there had been a major problem in office and I had been upset and frustrated. Just then Rafiq had called and detecting something amiss from my tone, he’d prodded me to discuss my troubles with him. Later that night, in bed, I’d ranted about it to Raheela as well. While earlier in the evening, he’d tried to comfort me with encouraging words from all the way across a continent, she’d resorted to more licentious methods to help me unwind and loosen up.

Eventually, I was able to relax and that night we’d scaled newer heights of passion.

Recalling that I still hadn’t answered his question, I now replied, “Oh, yes! That got sorted out within two days. It’s all fine now.” But even as I spoke to him, I was still thinking about Raheela.

Just last week, I tried persuading her as I’d tried many times in the past. “Leave Rafiq. Leave this city. Let’s go away somewhere far and carve fresh new lives for ourselves.” But I’d known very well what her answer would be. Her reply would be the same, “You know I can’t do that. He needs me; he’d be devastated if I left him. Much as I love you, I also care deeply for him and just can’t think of leaving him.”

“But what if he gets to know? About us? What then?” I would ask. And she would turn to me eyes glistening, “I don’t know, I really don’t know. All I know is that I can’t leave you because I love you and I can’t leave him because I can’t hurt him.”

Neither could I leave her.

Later, after having paid the bills, we lit cigarettes and stood by the shade of the massive peepal tree, blowing smoke rings in the hot humid noon. Rafiq now felt apologetic about his rant. “Raheela is a good woman basically. And I love her a lot. I understand that my constant traveling gets on her nerves.” He sighed.

Then patting my shoulder, he said gently, “You are a good friend, Ashfaq. Thanks for listening patiently to me.” His eyes met mine for a second and I, being unprepared for that moment, looked at the tree trunk, at the sweeper on the road, at the car speeding by, at anything but Rafiq. He didn’t seem to realise anything though. If only he knew.

And suddenly I couldn’t take it anymore. Right there under that peepal tree, I felt nauseous. Rafiq was concerned but was also uncomfortable seeing my state. “Are you okay?” he asked, his voice tinged with concern. I tried to nod even as I doubled over emptying my guts below the tree. Naan, gravy, and guilt. Or at least two of these three. Because, you can’t purge guilt like it were gravy.

Mamta is based in Mumbai and loves reading, watching good cinema, and travelling.

‘Chapter One’ is a weekly space for your short stories. If you’re written one, send it to us at editor@themetrognome.in. 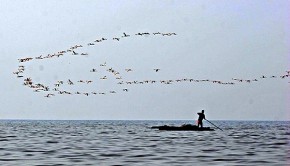 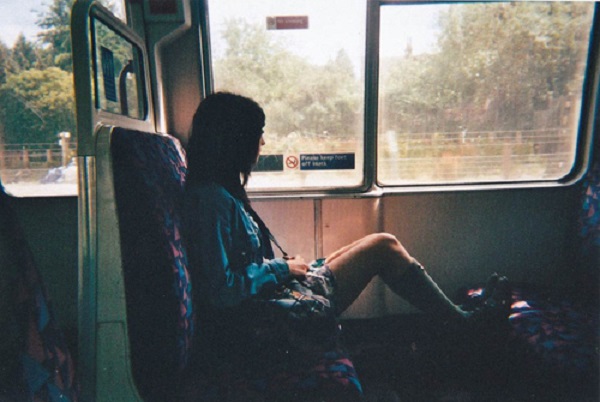 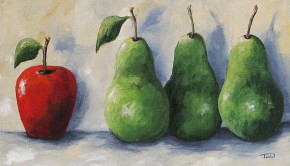