‘Come out and Play’ concludes with a bang

Mumbaikars turn up in large numbers to participate in The Metrognome’s maiden event at Mahalaxmi Racecourse on Sunday, June 1.

Come out and Play, Mumbai!

The Metrognome brings to you the city’s first family games event – and all of Mumbai is invited! Register now. 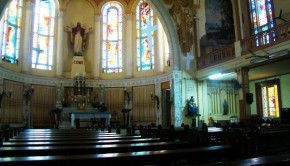