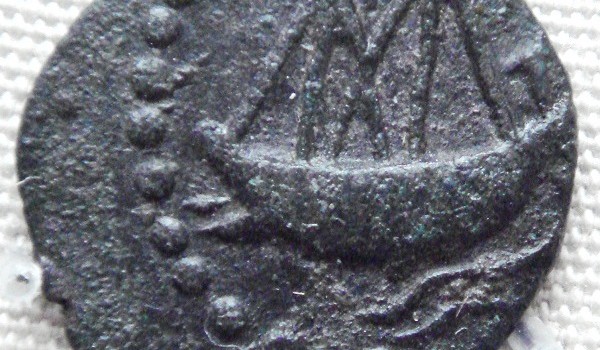 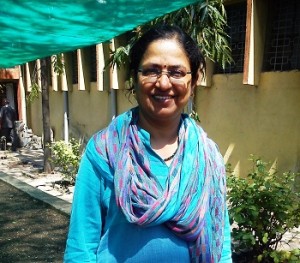 After a gap of nearly almost 40 years, the Directorate of Archaeology and Museums, Maharashtra State has resumed excavations at Ter, by the Terna river in Osmanabad district, a village in Maharashtra, under the leadership of Dr Maya Sahapurkar Patil, Deputy Director (in pic on left). She has been a teacher of archaeology at Solapur earlier and has authored three books. Shubha Khandekar spoke to her on site.

Shubha: Why is the site important and what was the reason for choosing Ter for excavation after so many years?

Dr Sahapurkar Patil: Ter is the modern name of the ancient town Tagar, the Mumbai of those times in terms of brisk commercial activity between India and Rome. Various kinds of textiles, beads and jute were exported from here to Rome. The local people imitated the fine Roman pottery, with a characteristic red polish, that came with the Romans. Tagar is mentioned in the Periplus of the Erythrean Sea by a Greek author 2000 years ago. It says that Tagar is a 10 days’ journey from Pratishthan (today’s Paithan), which was the capital of the Satavahana rulers. Periplus also tells us that Tagar was the important market town for merchandise originating on the east coast of India. The famous British archaeologist Henry Cousens, then working with Archaeological Survey of India, first explored this site in early 20th century and recorded his observations, pointing to unmistakable trade links with ancient Rome. On the basis of copper plates found outside Ter, which mention ‘Tagar nivasi’ Ter has been identified with the ancient Tagar.

Meanwhile, Ramalingappa Lamture, a merchant from Ter became fascinated with the surface finds and the visits of the British who came looking for them and 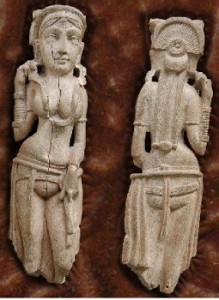 to visit the nearby Jaina Dharashiv caves. He started collecting these finds, such as figurines of baked and unbaked clay, beads, pottery, shell bangles, ivory objects, stone grinders and coins. It became a large collection and was taken over by the Government in 1978 and expanded to house this private museum, consisting today of over 20,000 artefacts, testifying to the cultural glory and prosperity of the Satavahana days.

Are you the first one to excavate Ter?

No. It was first excavated in 1958 by KN Dikshit, who found a large brick stupa. Dr BN Chapekar continued with the work in 1967-68 and found a large number of mother goddesses in the Lajjagauri form from the mound called Renuka Tekdi. A team under Dr SB Deo from the Deccan College again excavated it in 1974-75 and published a brief report. After that, two small scale excavations were undertaken by the State Department of Archaeology which revealed a stepped reservoir. And now it has been entrusted to me and my team.

What are you looking for?

(Smiles) I have a special interest as I belong to this region. Of the seven mounds here, named Sultan, Kaikadi, Mulani, Renuka, Bairag, Mahar and Kot, the first

three are greatly disturbed by modern habitation and hence we have chosen to dig at Bairag and Kot. Our two objectives are to define parameters of the ancient trade with Rome, to trace the material culture of the early Satavahana phases and to find evidence to fill the gap between the Satavahana period and the mediaeval period remains that overlie them.

And what have you found?

We have found a well of mediaeval times and associated structures in which the earlier bricks of Satavahana times have been reused. A plan of a house has been traced. There is evidence of timber construction which has been mentioned by earlier excavators, too. Apart from that, there are several ivory objects such as dice, comb and a rod to apply kajal to the eyes. An important find is the rim of a pot on which some letters are inscribed in Brahmi. We have sent the piece to experts for reading. Beads of carnelian, agate, jasper, lapis lazuli, faience shell and terracotta have been found. Bangles of shell, terracotta and multi-coloured glass, ear-rings and gamesmen also have been found. Female human figurines of terra cotta and kaolin show that the local people had adopted the Roman technique of double mould manufacturing.

What is your message to the people?

People are very fond of saying how great their ancient culture is, but when it comes to taking action, one sees nothing but callous apathy and mindless destruction of our precious heritage. Sculptures of excellent workmanship and immense historical value are lying waste all over the State. From what I have seen, we have the potential to build a local museum in every district. People should take the trouble to conserve this rich legacy. They can either set up a museum of their own, as done by Lamture, or donate the local findings to the government or to a museum for maintenance. This is not just the Government’s but everybody’s responsibility, and the awareness should be created right from school days.