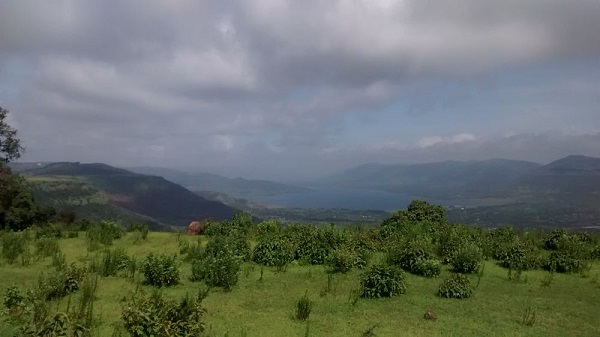 A Mumbai boy went to Kaas Pathar and was thankful for the beauty and the clean air. And the flowers, of course.

I first heard about Kaas ‘Valley of flowers’ some months ago when I met @neetakolhatkar over lunch. She was off on one of her trips (yet again) and Kaas was where she was headed. I didn’t register much about the place except that it was near Satara in Maharashtra. Come August and a friend messaged to ask if I was keen on doing a day trip to the Kaas ‘Valley of flowers’… and I jumped at the opportunity. 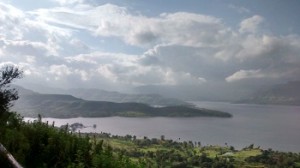 Contrary to its popular nickname – Valley of flowers – Kaas is actually a plateau and is known as Kaas Pathar. Situated in Maharashtra’s Sahyadri Hills, about 25 km from Satara, the Kaas Plateau is fast becoming a must-visit place for nature lovers. In September, as the monsoon nears its end, the entire plateau is covered with a carpet of flowers in every possible hue – from red and purple, to blue, yellow, orange and white. Kaas Pathar is part of the Western Ghats and a UNESCO Biodiversity World Heritage Site.

Since Satara is a fairly long drive from Bombay, I decided to head to Pune on Saturday and spend the night there. The next morning, I joined a bunch of enthusiastic nature lovers and we were off to Kaas by bus. Pune to Kaas is almost five hours – so be prepared for a longish, uncomfortable bus ride over some not-so great roads once you hit Satara city.

As you approach Kaas you can’t but be taken in by the beauty of the Sahyadri Hills and Western Ghats. The September sky was clear with just a hint of grey and rain, the countryside was bursting with shades of green and the air was crisp and clear. A rare experience for the city-born-and-bred me. We stopped along the way to rest our legs and look at some pretty yellow flowers that had bloomed on both sides of the road. In the distance, the Koyna River gently meandered through the valley below.

The main Kaas plateau has been divided into two distinct zones – the tourist zone on the right and the protected reserve area on the left. A fence marks off both and you can see why this is needed – the tourist zone has several areas of barren land where any kind of growth is just not possible due to the constant footfalls. This habitat destruction has increased over the last couple of years and the local Forest Department is doing all it can to minimise the damage. Since we were there mid-September, all the flowers were not in bloom yet. So except for scattered patches there wasn’t a ‘carpet’ of flowers as such. A beautiful sight, nonetheless.

Once you’re on the plateau, follow the local guide along the marked out paths and try to keep up as they talk about the various flowers and plants. I’m ashamed to say that though I studied Botany 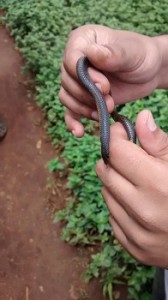 at Uni I couldn’t recognise more than a couple of flowers… *hangs head in shame*. By far the more exciting flowers are Sita’s Tear (I think), a type of fly-trap and the Utricularia – a lovely purple flower that dominated the landscape. I was more excited when a naturist spotted and caught a tiny Shield-tail snake! (in pic on right)

The guided tour over, you’re more or less free to walk around take pictures and watch the world go by. On the way back, if time permits, stop at the Thoseghar Waterfall, which can be seen from a viewing area nearby. Don’t forget the mandatory selfie with the Falls as a backdrop.

Heading back to Mumbai via Pune, I was glad I made the weekend trip to Kaas. After all, it’s not often I get a chance to head out of the city and breathe in some fresh country air.