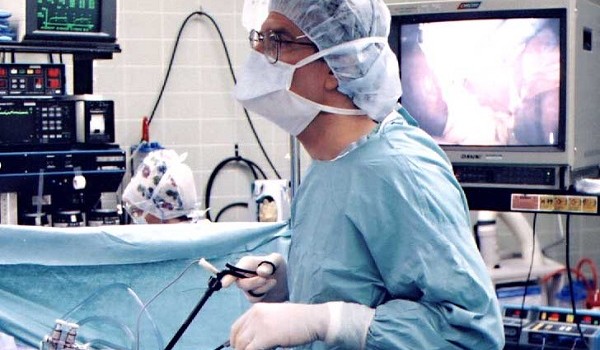 From treating only minor ailments, doctors in the city are increasingly turning to laparoscopy to excise cancerous tumours and cysts.

Dhaval Desai (name changed) was playing in his Govandi home with his younger brother a few days ago, when the younger boy jumped on his abdomen. For the next few minutes, the 12-year-old experienced excruciating pain in his flanks, and told his parents about it. “He complained of severe pain so we took him to our family doctor,” said his father, Vinod.

Their family physician prescribed medicines for stomach ache, but the pain persisted. Alarmingly, Dhaval was seen to pass blood in his urine. “Our doctor told us to get a sonography and CT scan done. We were told that he had a kind of tumour above his kidney. I was stunned to hear it, because Dhaval had never complained of any pain or discomfort before,” Vinod explained.

Dhaval had a seven-centimetre cyst in the upper regions of his right kidney. The fall brought to light this cyst, and had to be immediately removed. 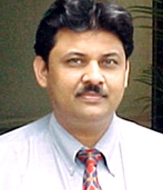 Dr Roy Patankar (in pic on left), noted gastrointestinal and laparoscopic surgeon, treated the case. He said, “The conventional procedure in this case would have been to cut open the abdomen and remove the renal cyst. But we find that cutting patients open does several debilitating things – you have to cut all muscles open, there is the possibility of high blood loss, and there is a long recovery time. It is best to avoid invasive procedures especially in young children, whose recovery and short-term mobility may be compromised.”

He added that with conventional surgeries, the patient would also be exposed to a higher risk of hernias later on, since a lot of flank muscles would have to be cut into to expose the kidney before excising the cyst.

In Dhaval’s case, Dr Patankar tried a less invasive approach – laparoscopy. “We got the cyst with just a tiny incision on his abdomen. Where the boy would normally have spent at least a week in hospital, followed by post-op care, Dhaval was able to go home in two days and he resumed school in just five days.” On his part, Dhaval says, “I do not feel any pain at all after the operation. I am now waiting to go to school.”

Though surgeons in India have largely confined laparoscopy as a surgical tool to such treatments as gall bladder removal and uterine procedures, Dr Patankar says that in the last two years, doctors are using laparoscopy in cancer-related surgeries, too. “There is too much tissue injury and blood loss in conventional surgeries, and after the operation, about 80 per cent of the patient’s pain is caused by the surgical procedure used, than the actual surgery or ailment itself. With laparoscopy, the component of pain attached to surgery is removed.”

Apart from being minimally invasive, which leaves no scarring post-operation, laparoscopy also helps the surgeon get to the root of the issue faster and in a way that is safe for the patient. “While operating, since a camera attached to the probe magnifies the area significantly, it helps the doctor navigate the area better and faster. We have been able to operate on several cancer patients successfully with the use of laparoscopy when removing tumours and cysts,” Dr Patankar says.

He says that doctors in India are increasingly finding takers for cancer-related laparoscopic surgeries from such countries as Sri Lanka, Tanzania and Nigeria. “However, most patients from the West flying to India for laparoscopic surgeries are still opting for bariatric surgeries. Their insurance doesn’t cover the costs of the operation back home, and we do it at a fraction of the cost.”