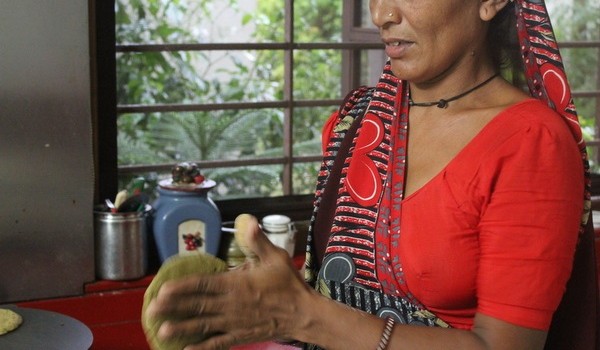 Why has nobody thought of a good roti machine?

Women grapple with the task of roti making every single day of their lives. A Mumbaikar offers a futuristic solution.

It’s a fact that Mumbai is always on the run. Between the binaries of fast and slow, fast is the chosen one that defines the life of almost every citizen of their dream world.

In the whole hustle-bustle and mad race, one looks for ideas and ways that help one cope better with the demands of everyday life. To make matters worse, if one is a working woman and has a family to cater to also, the tying up of loose ends and running an endless list of chores exhausts you to no end. This may sound sexist, but the general scenario that still pervades most households is that a working woman works two shifts, one at home and other at work, while males have the joy of concentrating only on the office front.

To bring about a change in this system is a farfetched dream. Though one does see a radical shift in responsibilities and sharing of duties between both genders now, but such cases are sporadic in number and occur in isolated patches.

To help tide away such mundane tasks, our Mumbai housewives then look for ideas and innovations that make their lives easier. One has, to a large extent, adopted automation that makes life easier, like washing machines, food processors and all variety of appliances that help to clean the house and other things, and lend some degree of relief. But what about the sad state of affairs when it comes to rotis?

Almost every Indian household eats rotis every day. The making of rotis is a tedious task. As a working woman and homemaker myself, I always wished for a genie to appear and 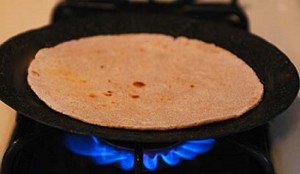 relieve me from the endless task of making rotis day after day. Certainly, there are solutions to offer in the market, but I find that these only add to your woes. On looking at the available roti makers, one finds that still you have to do basic jobs like mixing, kneading, making balls of dough or manually putting each ball of dough on the making surface, etc. These roti makers’ only help is in the area of making round rotis.

The other day, as I was getting some photocopy work done and watching how copies emerged from the machine one after the other, I was stuck by an idea. What if there was a machine that handled the whole process of making rotis, right from kneading the dough to rolling out hot rotis? It would eliminate all the possible labour, including cleaning up afterwards.

Taking the idea further, there could be a panel of operations for making rotis. One can select the number of rotis, size, thickness, crispiness, oil/oil free. There would also be a provision for a timer to be set and a clock timer, plus automated cleaning and a way to keep it near the dining table so that fresh hot rotis can be had during meal times.

Just imagine it – after a long tiring day, to have fresh rotis with the press of a few buttons! What a wonderful dream! But I wonder – in this age of technology, why has nothing like this come up to reduce the efforts of Indian women? As insignificant as it may sound, it is one of the most important issues of our daily life.  So all you innovators and technologists, this is food for thought. Let us in a small way help provide some solutions to such time-consuming tasks that would help working women get liberated from a few of their daily life burdens. Not just Mumbai women, it would be revolutionise the lives of many more across the nation, including the men.

One Response to Why has nobody thought of a good roti machine?