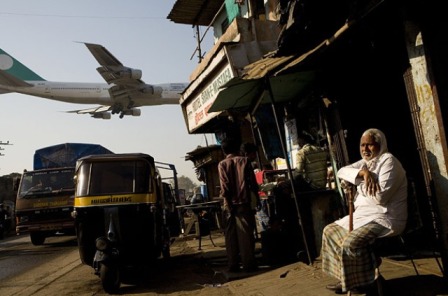 You can tell which part of the city you’re in just by the stink or the fragrance of the place. Mumbai has a very strong olfactory connect with its people. 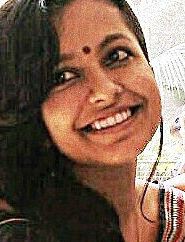 After living in this busy metropolis for about 17 years, I’ve realised one thing – your senses are automatically heightened here. Whether it’s your eyes that are constantly alert in the fast-paced traffic or your ears that are forced to hear a cacophony of trains, vendors and honking cars. Your mouth and taste buds that have grown accustomed to Mumbai’s spicy, flavoursome cuisine.

And of course, we’ve all had the chance to travel in a packed local train, scared that we’d get pick-pocketed – it’s like we’re born with a heightened sense of touch, too. But I perceive Mumbai to be a “city of smells”. By this, I don’t imply that ours is a city full of stench and smog; no, it’s much more than that! Like each home has a distinct smell of its own, Mumbai has these particular aromas and scents that define the city and give it character.

The moment you step into Mumbai, your impression about the city could vary, depending on whether you’re an optimist or a pessimist. A pessimist would complain about the foul odour that comes from the slums, (You should know that Mumbai is home to one of the largest slums in Asia – Dharavi, so that’s a lot of stink!), the amount of vehicular pollution and smoke from cigarettes, the malodour of overflowing sewage etc.

An optimist, on the other hand would enjoy the sterile, sanitised smell of malls, hotels which are plenty in Mumbai. Or you 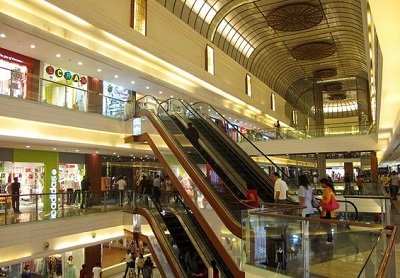 could be a realist like me and believe the city has a dual identity with a motley collection of fragrances and odours. But that’s a discussion for later.

Urbanisation has changed the face of Mumbai entirely – quaint little bungalows with terracotta tiled roofs are replaced with high rises made of chrome and glass. ‘Niwas-es’ and ‘Sadans’ are pulled down to make way for ‘Towers’ and ‘Heights’. However there still are some remaining gardens and patches of green like the Hanging Gardens, Jijamata Udyan, the Sanjay Gandhi National Park to name a few. Mumbaikars still visit these parks to get a whiff of nature.

And how can I forget the numerous “Chaafa” or champa trees with their sweet-smelling flowers! Ironically this fast pace of industrialisation and development hasn’t improved the condition of public toilets in the city. Most Mumbaikars still cringe at the stink that comes from our city’s ‘shauchalayas’. 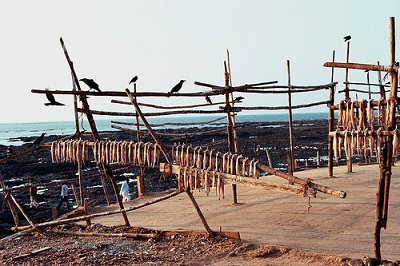 The part of Mumbai that I enjoy the most is the sea. As a child, I’d know that we were passing by some “Chowpatty” or  beach by the crisp saltiness in the air. Mumbai’s fish markets smell of the salty sea too – it’s the smell of freshly caught fish. Most times these markets give off the odour of rotting fish – an odour I still find repulsive. And then there is the floating smell of sukka bombil or Bombay duck dried in the sun near the coast!

Another way of knowing that you’re near a crowded beach is the inescapable smell of chaat. The aroma of herbs, garam masala, the tang of squeezed lemons in a plate of bhel puri or sev puri are enough to set the juices going in your mouth! You’d also smell vada pavs being fried and pav bhaaji being prepared – taka-tak – two dishes that originated in Mumbai. And then there is the smell of piping hot ‘cutting chai’, (The term cutting chai is said to have originated in Mumbai too!) sold at tea stalls at every nukkad of Mumbai. Every meal in India usually ends with paan. Another common feature on the streets and many walls of Mumbai are paan stains which have their own disagreeable stink.

Sometimes I can tell which part of Mumbai I’m in only by the distinctive redolence of that part. I know my train is passing through Andheri when I get a whiff of baked biscuits because the Parle G factory is very close to Andheri station. I know that my taxi has taken a turn at King’s Circle because of the aroma of freshly ground coffee beans and the local cafes serving original south-Indian filter coffee. For that matter I still associate the aroma of freshly baked bread, cakes and cookies from the string of bakeries in my very own Orlem.

Travelling in local trains has become a part of the daily routine of a large number of Mumbaikars. More than often these trains 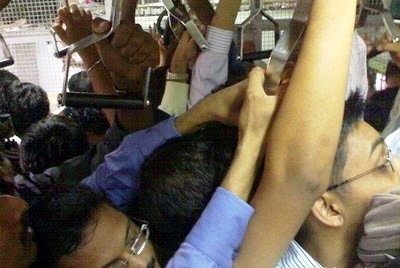 are overcrowded, filled with more passengers than can fit in. Now it’s not the sea of bodies that I have an issue with, it’s the smell of human sweat that’s the problem! At such times I dream of Mumbai during the monsoon. There is nothing more beautiful, more gratifying than rains in the city! It gives us Mumbaikars relief from the summer heat, the air smells fresh and clean. The smell of wet mud right after a shower is almost magical. Yes, such earthy fragrances are a part of Mumbai too!

At times I wonder what the city would be without its individualistic smells, if the roads didn’t have any vendors and all spaces were sanitised and air conditioned. Mumbai wouldn’t be as exciting as it is right now. Mumbai’s smells are part of its diversity and personality. If it weren’t for these odours and fragrances I probably wouldn’t be so attached to the city!

Neerja Deodhar studies Arts and lives in Malad. Nothing thrills her more than exploring new places and ideas, meeting unusual people and writing about them.