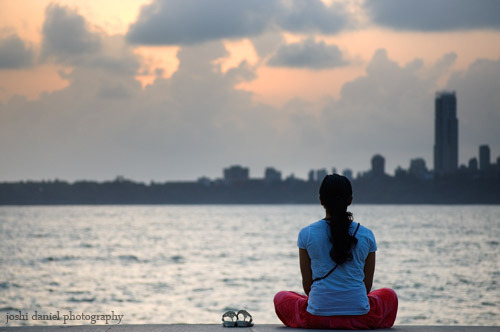 Sex and the city

Shifa Maitra recounts a recent late night ordeal in Mumbai, and says that Mumbai is only slightly safer than Delhi. 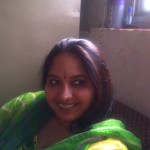 So Delhi is an awful place and women shouldn’t even visit. Well, Mumbai is just a tad better. Having lived in both cities and having returned here after a five-year stint in Delhi, I can tell you that living on your own as a single woman here isn’t as great
as it used to be. I am not comparing it to Delhi, but let’s put it this way, women can’t be as bindass as they used to be here. With women being molested outside a five star hotel on New Year’s eve, to a security guard sexually assaulting and killing a bright young lawyer, to acid attacks, stones being pelted at the ladies compartments in trains…all of it is a nightmare.

I recently had a shocker of an experience when I was returning home from a late night shoot. Thank God my driver was driving. It was around 3 am and at the Juhu beach turning, an SUV came very close to my car, with some guys inside it waving and screaming. My first reaction was to see if it was someone I knew, but my driver sensed trouble and stepped on the accelerator. I could see them screaming and making lewd gestures. I panicked and my driver warned me that he would be speeding – this car tried to block our way and stop in front of us. The entire ordeal lasted a few minutes but it was nightmarish. When I looked up, my driver had taken another route till we lost them.

I was telling a friend the next day about this incident, and she said that something similar had happened to her and a friend when they left from Wtf in Versova and were going home. We don’t have a Chief Minister, yet, who tells us that women should stay at home to avoid such incidents, but we are getting there.

Pepper sprays and learning taekwando are all very well. Drunk driving is something the city has been able to get under control, but all the same, driving alone past midnight is best avoided. A friend had a flat tyre late at night at the Garage Road in Santacruz, and she was pretty shaken up by the time she got home.

Another thing to avoid is going for a walk or a run at night. From Versova’s back road to the Carter Road promenade, women have had to deal with unwelcome attention for no fault of theirs.

Allowing electricians, plumbers and watchmen inside your home when you are alone is again a no-no. However inconvenient, call a friend or neighbour to hang around till the work is being done. Someone I know runs an agency for guards, and he was candid about the fact that background checks on those employed are not always done.

Taking an autorickshaw at night is asking for trouble. God help you if you light up a cigarette, you really may not get home. People who seem perfectly ‘normal’ when alone, when in a group become a mob that can’t be trusted. Colaba Causeway, Gateway of India, Linking Road and Juhu are areas that are hellholes, given that streetwalkers operate there and any woman out at night alone is instantly branded as one.

Crowded places are again a bane, whether it is Ganpati visarjan or Holi. New Year’s eve or the Bandra Fair, the minute a woman is in the crowd, it is assumed that the woman will ‘enjoy’ being groped and molested. Sad but true, that women are better off staying off the roads when these hooligans reign.

Well, the silver lining is that if a woman asks for help in a public place in Mumbai, people will step forward and help her. Walking into a cop station is also not as daunting as it would be in Delhi.

Keeping your mobile phone charged at all times helps, and calling up a friend when there is a hint of trouble makes sense. A friend who lived alone had a drunk neighbor banging on her door at one in the morning. Thankfully, she called us instantly and had only frayed nerves to deal with.

So, trust in God but lock your car, as the Dalai Lama said. Of course Mumbai is a rocking, fun city, but don’t push your luck.

Shifa Maitra is a media professional based in Mumbai.