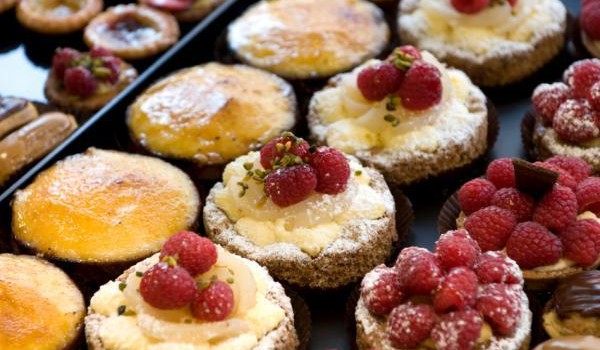 …and so are ‘umami’ and ‘metallic’. But, says our writer, we Indians are only now learning to tell the difference.

I never take recommendations for restaurants from everyone. Simply because I am convinced that people (those who don’t care about what they are eating) don’t understand the difference between good food and great food; although, they do pick out bad food very easily and that is mostly accurate.

It is actually unfair to ‘judge’ food because it is subjective. It is like music or painting where the creator has his thought process laid out on a canvas, but it would be nice if the consumer understood what he is listening to, looking at and in this case, eating.

I asked a few friends about what was great food, according to them. The responses, mainly, were skewed towards their personal favourite tastes. So a sweet-tooth buddy went, “I love that Gujrati daal, man… it has got such a nice flavour”. Nope, it is not the flavour he likes, it’s the sweet taste of jaggery.

So here is my attempt at making this a short lesson on how to stop simply eating your food and savouring it, understanding it and enjoying it better. If I were to compare food to music, I would say that this piece may give you enough knowledge to at least decide whether you prefer rock or pop music, rather than just saying, “I like Madonna!”

Good food has three basic factors that are in harmony: taste, flavour and texture. While it is easy to understand texture, people often confuse ‘taste’ with ‘flavour’. To put it very simply, taste is what your tongue conveys and flavour is what your nose tells you. Try this sometime: pinch your nose and have a mint. You will have no idea what you are eating, because you are not getting the ‘flavour’ of mint.

Now, there are seven different tastes that have been classified so far. Four of these are the more common ones which we can pick up very easily, two of the remaining three, are very difficult to explain, and one of them is an absolute revelation. Until recently, I too had no idea that this last one is a ‘taste’.

The four common ones are, sweet (like sugar), sour (like lemon), salty (well, like salt) and bitter (like coffee or cocoa). The uncommon two are ‘umami’ and ‘metallic’. ‘Umami’ is what you usually get from say, cheese or soy sauce. It’s that slight salty bitterness which is very evident in our ‘Indian Chinese’ food because we use MSG a lot here, which produces a strong umami taste. ‘Metallic’ is probably like biting a coin. It is difficult to explain or to pick these out, but my wife did point out a little truth about ‘metallic’ taste: water tastes different when you have it out of a metal container than a glass container. Do you think so, too?

And the final ‘taste’ is one, which until recently, was not even classified as taste! I am sure we have all experienced the ‘coolness’ when we pop a mint or the ‘hotness’ of jalapeño and pepper pods. Yes, this is a taste and it is called, ‘piquance’!

What’s in a flavour?

Moving on to ‘flavour’: this doesn’t really have any specific definition. Flavour is what actually makes food complex and builds on the taste via the nose. Indians love flavour in everything, and why not? After all, we are the spice capital of the world! Our regional and traditional food thrives on the balance of flavour. The Indian dish will comprise of one or two main ingredients, but there will be forty different spices to build the flavour. Maybe it is also true with western cooking, but their hero is that one ingredient whereas for us the proportion of ginger and cardamom, even in our afternoon tea, makes all the difference.

I thank all my office buddies who come from various parts of the country and bring their ghar ka khaana along. A simple bhindi ki sabzi from say, a Punjabi home, may have a strong mustardy robust taste and flavour, but when you taste that same bhindi from a south Indian home, you know it has changed completely, simply because of that extra pinch of asafoetida (heeng) as opposed to the mustard in it.

There’s also a little something called texture: this is where good food can become great and great food can become mind-blowing. It is something chefs should play with a lot more. Texture really helps in breaking monotony, like having toasted bread with your pasta or risotto; the fried noodles on top of the hot and sour soup; the biscuit with your evening chai and the papad with your sambar-rice are all instances of textural complexity in food. My favourite textural symphony is a great ramekin of Crème brûlée. Cracking that sugar and hitting a fluffy cloud of cream is musical.

So there you have it, a small insight on tasting food with a little more interest than just saying achcha hai. Looking for these elements can be fun and a little like a treasure hunt. It is for me. What about you?

Rakshit writes for broadcast media to earn his bread and butter but he is also a foodie, who loves to make a fat club sandwich of it.