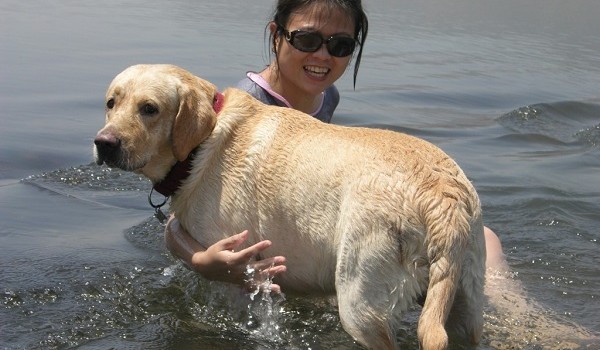 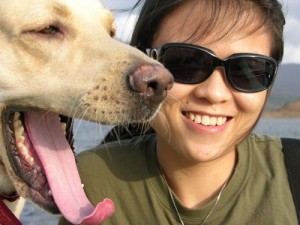 As children we have often yelled out “Mama!” in fright, an expression which has become synonymous to pain or fear. One of my biggest fears as a child was not just animals or birds, but dogs in particular. I don’t know if it was fear for real or was it because I was chased by a dog, so I never had a liking for them!

I spent my formative years fearing dogs and I was simply unable to comprehend why they even existed. Their mere existence seemed like such a waste. They were everywhere, on the streets, starving and suffering, on the playground, peeing and pooping, in the church, taking shelter under a bench, practically everywhere…except the zoo! Then came the age of promoting puppy adoptions, then abandoned pet adoption, donations to vaccinate, feed and shelter strays; it became more and more clear to me that they were really not wanted at least around me and my fellow human beings!

After my graduation, it was time for a well-deserved vacation. I was to travel to the US to visit my sister and since she is the only family I have in that part of the world, it was obvious that I would camp at her place and like every visitor I had to accept and adhere to her family and set of laws. 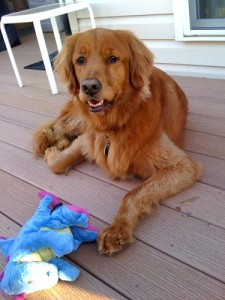 Her family included a Golden Retriever.

I gave a serious thought to giving up my US vacation but the greedy side of me overpowered my fear and I decided to brave it. After all, a US holiday doesn’t come by every day!

Throughout my flight I fervently prayed that the dog would stay away from me. I didn’t want him to like me as I was scared of him getting playful and jumping all over me but yeah, the thought of him disliking me was worse. What if he smelled my fear and dislike? All I wanted was to be ignored.
As expected, my first meeting with the Golden Retriever – Sammy – was rather uncomfortable. I sat still; he smelled me and IGNORED me. It was mission accomplished for Day One! By day five, I became more at ease and began enjoying my vacation. Sammy didn’t seem to take any interest in me and I was just happy being ignored.

One afternoon, I heard a squeaking, muffled growl and I knew it was coming from him. I tiptoed to the other room and I saw him fast asleep with all four paws in a running motion, giving out muffled growls. It was the first time I had seen a dog having an active dream. I stood still staring at him. Theoretically I knew that they have life in them just as we humans but for the first time I sensed it. That moment he seemed so very adorable, I walked away and couldn’t believe that I had just found a dog adorable!

The next day after I was done with sunbathing and lunch, as I settled down to read, Sammy sat right in front of me with a toy in his mouth, wagging his tail. I didn’t know what to do or how to play with him. I didn’t even know that there were special toys for dogs until I met Sammy. I ignored him and continued reading.
In response to my cold behaviour, Sammy put a paw on my knee. I just went blank and stared into his innocent eyes. Suddenly fear disappeared and I raised my hand to pet his head. It suddenly dawned on me that he wasn’t all that bad; he was rather adorable – more like a big soft toy, and for the first time he made me smile.

In spite of a week in the US, I was still taking my time adjusting to Eastern Time. One morning as I lay in bed feeling uneasy and fighting my IST sleep schedule, Sammy strolled into my room and kept nudging my hand trying to wake me up. I ignored him till he curled up in bed and rested his head on my shoulder. And my God – that moment was magical, fear didn’t exist any more. I was so touched, it felt like he had accepted me as a part of his little world even though I never asked for it.

That loving gesture from a canine changed my life forever. Fear and dislike disappeared into thin air. I spent the rest of my vacation craving for his attention, pampering him, feeding him his meals, walking and playing with him and yes, even cleaning up after him. The little brat did manage to wrap me around his little golden paws.

I returned to India with beautiful memories – not of America but of Sammy.

Today I am a pet mother to the most handsome, adorable and loving Labrador. My day begins and ends with him. Holidays are planned only at locations with pet friendly accommodation. And I must admit, the mere existence of a pet dog has made my life more fulfilling with memories etched in my mind forever – it’s the pet potion effect!

Rachel Tseng is a fashion designer who lives with her Labrador in the western suburbs of Mumbai. She loves to explore new places and is a complete foodie who barely knows how to cook.