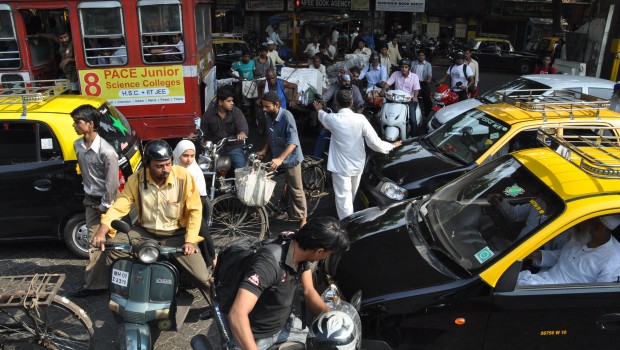 An annoyed Mumbaikar declares that the lawlessness on Mumbai’s roads has corrupted his driving discipline. Read on to know how. 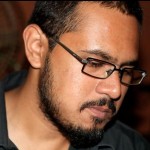 I firmly believe the people of our country are responsible for corrupting my driving discipline. When I started learning to drive on the day of my 18th birthday, I had said to myself that I wasn’t going to be one of ‘them’, where ‘them’ refers to the unlawful sons-of-guns that you come across on the roads of Mumbai (probably many Indian roads, too).

These are the people who will break a signal after a quick glance to see if there aren’t any traffic cops around. Some of them even have the audacity to honk if you’re in front of them and trying to follow the law during low traffic hours. If that wasn’t enough, some even give you a “bloody law-abider dimwit” look as they overtake you.

Pedestrian signals are the biggest jokes I’ve seen in the city. If you ever see a green pedestrian light, brace yourself and keep an eye out for cars. On both sides. You might just find them coming at you from the opposite side – they’re trying to save U-turning at the next crossing.

With all this unlawfulness on the roads, it’s not too long before you subconsciously start breaking some rules yourself. If trucks or other cars keep driving at slow speeds on the fast lane, isn’t it instinctive for us overtake them from the left? ‘Slow is the new fast lane’ has become the unwritten law of this land. It is a vicious cycle, where one group of people breaks the law, frustrating the other group, thereby making them reciprocate in a similar way. When cars don’t have any consideration for the pedestrian signal, why would the latter respect their right of way?

And if you’re ever feeling courteous at a crossing to let other cars pass first, snap out of it. You might just be stuck there for an eternity! People are so impatient; it’s as if all of them have in-the-throes-of-labour pregnant women in their backseats at all times.

This impatience even goes beyond driving on the roads. Unless there is no designated marker that suggests forming a line, first-come-first-serve is a natural instinct. We’ve been reading boards that say, ‘Please let passengers alight the train first’ in our Mumbai locals since we started using the trains. But ever been to a point of origin (like Borivali, for example) during rush hours? It’s funny to see people who are wanting to alight, standing at the end of the other side, having the same look in their eyes that poultry does when it’s about to be slaughtered.

Then there’s the time I’m in my car, waiting in line to fill air in the tyres at a petrol pump, and almost every time I see two-wheelers callously driving past me, because their two tyres take half as long as my four.

If I kept writing on this subject, I could publish a book documenting such instances. The time to act is right now. It’s time to go Commando on vehicular lawfulness. The next time you see a slowpoke thinking he owns the fast lane, keep honking and flickering your lights till he gets the message. Slam down the accelerator the moment the signal turns green, scaring anybody who, wrongly so, is in your way. Show the finger to anybody behind you who honks, prompting you to jump the signal. Let’s uphold law before the line between right and wrong gets blurred right out of our minds.

And don’t think that this is an over-population problem. China has more people than us, but they’re doing just fine.

Rohan Naravane is a technology blogger based in Mumbai. When he’s not writing about technology (http://wherethegadgets.at/author/rohan/), he likes to talk about it and will ramble on if he finds you remotely technological. His other recent endeavours include getting back in shape, marathoning TV shows and movies.