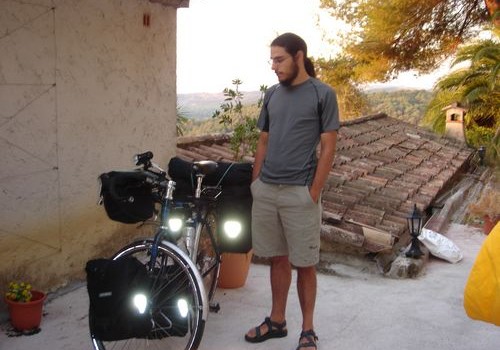 It is a story that continues to baffle me, five years after it happened. I used to be a correspondent with a Pune-based paper in 2007, when the news of French national Jean Baptiste (JB) Talleu’s disappearance first broke out. Apparently, the 27-year-old was to embark on a bicycle tour of India, starting from Pondicherry, and he arrived at Mumbai on December 7 that year. The only evidence of him being in Mumbai at all was that he withdrew money from an ATM near Film City, Goregaon. 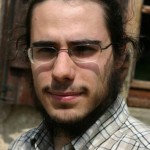 Nobody’s seen or heard of him since.

Somehow, I still write about JB every year.

The Talleus, especially his mother Marie-Claire, continue to fly to India and follow up every possible lead, of which there have been many. The Talleus and their friends here have made trips to several places in the South and North of India, while always passing through Mumbai to appeal to the authorities to help find their son. And yet, his mother, despite not knowing the fate that met her son five years ago in Mumbai, feels better the moment she gets here, because “this is where he was.”

I met a friend of the family, Dominique Hoeltgen last week in Mumbai. Dominique is a journalist who has lived in Mumbai before relocating to France two years ago; she met JB’s mother when the story first broke out, and quickly became friends with her. She has even helped in the search for the missing cyclist. “People have been writing to Marie-Claire on her email, telling her that they have seen a man who looks like JB. Whenever possible, I’ve followed up those leads myself, but all of them were dead ends.”

I ask her what she thinks happened when JB arrived at Mumbai. “I’ve thought about it and thought about it, and I think he was harmed by somebody here, may be for money. I find it strange that there is no trace even of his bicycle, so maybe he was mugged and his money and belongings were stolen. But I keep thinking that he is alive, he is just lost somewhere and that we have to find him.”

But why would JB, normally in the habit of contacting his mother whenever out on one of his trips, not contact her in five years? “I think he must have lost his mind,” Dominique suggests. “The people who have told us that they saw him, all of them insisted that the man they saw didn’t have any belongings. One person in Gujarat, a doctor, said that he spoke to the man who he thought was JB, and that the man told him that his belongings were all taken away from him when he came to India. The man had been sitting alone near a temple, and had a French accent,” she explains. Nothing came of that lead, either.

Even more puzzling is the police and French Embassy’s inaction in cracking the murder. “We made several trips to the cops, we pleaded with them to follow up the lead in Gujarat, but they didn’t do anything,” Dominique alleges. “We were even more surprised that the French Embassy did nothing, continues to do nothing, to trace its own national.”

Christmas approaches, and JB, a deeply spiritual person who is very close to his family, is still out there somewhere, lost. It’s another Christmas for the Talleus with no answers. Let’s hope they hear something before the next festive season.

If you have any information on the disappearance of Jean Baptiste Talleu, write to mctalleu@gmail.com.