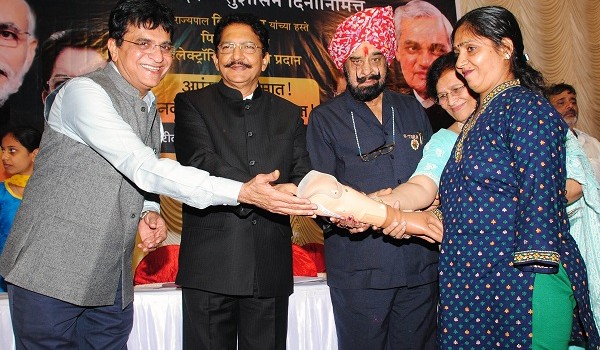 Mumbai and its people are increasingly at threat to life and limb owing to erratic and rash road driving, or worse, falling between the gaps in railway platforms and train coaches. After the Monica More train accident made headlines this year, many city-based organisations and individuals came forward to offer the girl’s family monetary help as well. However, what really helped Monica was receiving electronic prosthetic arms.

Another initiative in Mumbai recently witnessed the distribution of electronic limbs to 13 accident victims in Mumbai, at the hands of the Maharashtra State Governor Ch Vidyasagar Rao. The recipients were accident victims who had lost their limbs in train accident, road or other accidents. Electronic limbs are typically powered by batteries and they are operated by means of electronic signals sent by the brain to muscles in the area (where the prosthetic is attached) telling it how to move.

The distribution programme was organised by Yuvak Pratishthan, which is founded by Member of Parliament Kirit Somaiya. Interestingly, Monika More was also present on the occasion.

See some pics of the distribution ceremony below: