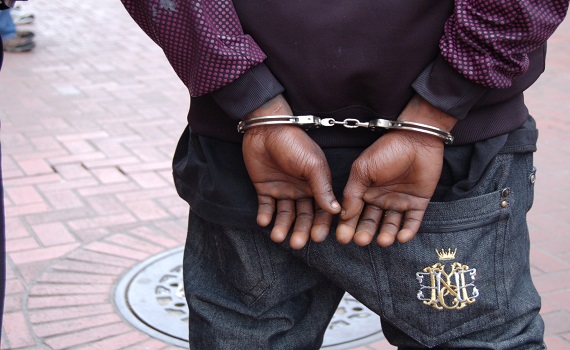 Demanding ransom for a kidnap, man arrested and found to be a habitual bag snatcher with a past police record.

Mumbai sure does witness a lot of strange goings-on. Sizeable unemployment and the lure of fast money prompts several to take up a life of crime in Mumbai, and it is often while investigating a certain crime that another crime or criminal surfaces.

Take, for instance, the case of Yogesh Jaiswal (26). A few days ago, he saw the posters of a missing 20-year-old from Borivli. Studying the posters and the boy’s photo on them, Yogesh had a (or so he thought) bright idea to make some quick money. So he dialled the phone number listed on the poster, and finding that the number belonged to the missing boy’s father, demanded a ransom of Rs 10,000. He is said to have told the man that he had kidnapped his son, and that the money was to be deposited to an account in a bank located in Uttar Pradesh, if he was to see the boy alive.

A case had been registered at MHB police station, and police were suspicious about the fact that despite repeated pleas, the ‘kidnapper’ had not allowed the missing boy to speak with his father. A round of investigation later, Yogesh was arrested from Borivli railway station on July 13, and the mobile phone he had made the calls from was seized from him, as well as an ATM card.

But though Yogesh confessed to not knowing anything about the missing boy and having made the ransom call only to make some money, cops looked up his name and found a bigger story. “We found that he specialised in stealing bags from Government offices,” said an official connected with the investigation. “He would try to use the ATM cards he would find in the bags to steal money. Previously, he had stolen bags from the Income Tax building at Marine Lines and the CST Railway office. In 2010, the Azad Nagar police station had arrested him for stealing bags, and he had been to jail for the theft.”

Yogesh was out of jail a few months ago, and is not a permanent resident of Mumbai. As per police records, his native place is in Sambarkata, Gujarat.

Meanwhile, the whereabouts of the missing 20-year-old are still not known.