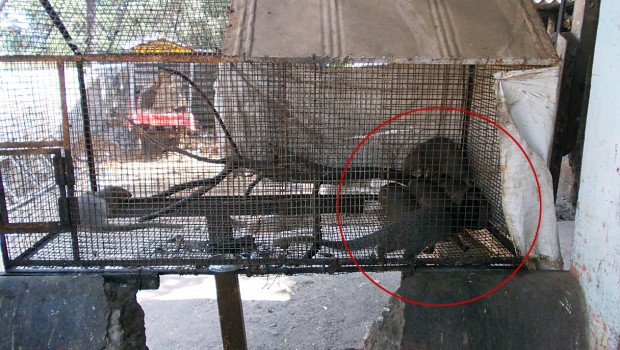 by The Thane SPCA

The Thane SPCA (Society for Prevention of Cruelty to Animals) receives tip offs about animal cruelties and illegal keeping of wildlife many times a week. Last week quite a few people from Bhayander reported a family keeping several mongoose, turtles and black kites inside their garden and home. All these animals are classifieds as wildlife and no citizen is allowed to be in possession of such animals in our country.The neighbours were scouting for an organisation to complain to since many months, as they were fed up of seeing the animals in captivity.

The action had to be well-planned. First, we had to confirm that the complaint was true. To do this, our support staff  pretended to catch an injured dog in the area and went up and down the bungalow a few times. The mongoose could clearly be seen. A couple of black kites also could be seen inside the room. The turtles, however, were out of sight.

Since the Forest Department would not be available till after Christmas, we decided to tell them after December 25 to ensure that the news did not leak out. To ensure that they accompany us, we offered our ambulance to carry the animals back. 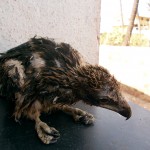 It was a risky raid, even with the Forest Officers present, because this is an extremely closed community on the outskirts where every family gets solid backup from the rest of the community. So we planned to do this between 12 and 2 pm when most people would be away at work. Luckily, we were able to sweep up the animals and leave just when crowds had started gathering. The mongoose were in the worst condition, in a dilapidated rusted cage where they were provided with iron pipe pieces to nest in and hide. The turtles were all in individual buckets with squalid water. Obviously, with no space to move around. All animals were handed over to the Forest Department.

Thane SPCA regularly provides the Thane Forest department with personnel and vehicle backup. This time, we will appeal to the Forest Department to provide their Officers with a backup team in case of emergencies, and definitely with some basic arms like batons for self defense. Till then, Thane SPCA has offered the Mumbai Forest Office the services of our staff and ambulance, albeit with a few days prior notice to schedule their daily rescue work.