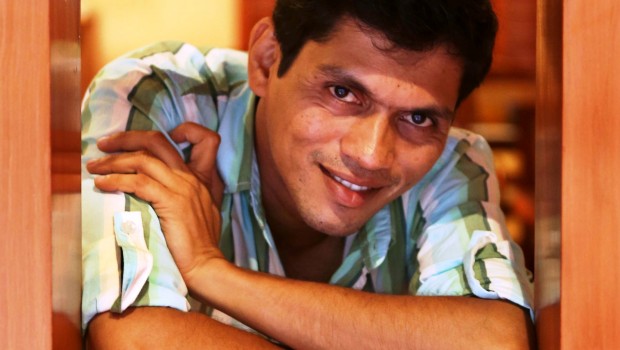 Why this man wins photography awards every year

Photojournalist Mandar Deodhar talks about his best work and clicking NSG commandos during a snack break in the 26/11 operations.

Mandar Deodhar (40) wins an award every year. The Principal Photographer with India Today magazine, a Sion resident, recently bagged the Picture Of The Year prize at the National Press Photo Contest by the Media Foundation of India (MFI), for his stunning capture of a man who rushed atop a roof to spray water onto the burning mass of shops in Sara-Sahara near Manish Market, in September this year. Mandar’s picture took overall top honours and secured a third prize in the Spot News category as well. 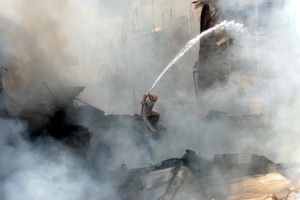 It’s safe to say that when it comes to an eye for detail and an unerring instinct for what makes a stunning picture, Mandar is one of the best in the business.

Speaking to The Metrognome, Mandar says, “Getting the perfect picture is a matter of luck and timing. Prior to this award (by the MFI), I have won five awards in Mumbai for my photographs. Each frame has had something to say – there’s a lot of emotion in the subject, a sense of urgency, and each picture told its own story.”

There’s an interesting back story to the picture that won Mandar the first prize and Rs 75,000 in the MFI contest (see left). “The fire took place at about 2.00 am. I was not on call at that time. In fact, I was at home and sleeping. At that time, I was deputed to cover the West Indies tour of India, so going to work the next morning, I stopped when I found that the JJ Flyover was blocked and there were still signs of fire.”

Mandar decided to snoop around a bit and found a tall building that overlooked the affected spot. “I was just taking random shots; the firemen were reluctant to douse the fire in that area because of the intense heat. Suddenly, a man grabbed a running fire hose and clambered over a roof. He was a shopkeeper trying to douse the flames and save whatever he could of the shops. I quickly captured him sitting on the roof with the fire hose in his hands.” Ordinarily, Mandar takes the time to get to know his subjects and the story before he starts clicking, but in cases like this one, there sometimes isn’t enough time. “You just have to trust your instinct and get your camera out,” he says. “You must judge in a split second that you are looking at a momentous situation, and that you need to photograph it before the moment passes.”

In his long career as a news photographer – he started freelancing for The Times of India supplement Dombivali-Kalyan + in 1997, then variously worked with Marathi daily Lokmat, Hindi daily Navbharat, the Bombay Times, Mid Day and now India Today since 2007 – he has great stories to tell of his experiences on the field and what he has learnt from his favourite photographs. But he is very fond of the 26/11 Nariman House pictures he took of  the commando operations, or specifically, of the moment a ceasefire was declared.

“I was one of three lucky photographers to be very near the Nariman House while the commando operation was in full swing,” he remembers. “There was gunfire all around, and we could see the terrorists in the building. But at around 2.00 pm, a ceasefire was announced, and a neighbouring wada pavwallah was summoned to feed the commandos. I took pictures of the battle-hardened commandos sitting on the staircase, with bullet holes in the walls around them, and relishing the wada pavs and the sudden break in activity.” That image won Mandar the award for Best Picture from the Press Club, Mumbai, last year.

Both times, Mandar was not even supposed to be on duty – during the 26/11 fracas, he was on sick leave but was summoned to work on Day 3. “In an area of conflict, your first instinct is to get the best picture you possibly can,” he says. “There is no time to think of your personal safety, whether you’ll get caught or thrashed or killed. Your instincts for self-preservation do kick in – for example, I never flash my camera in front of an angry mob; I walked past the Sara Sahara area before taking the picture of the shopkeeper on the roof, because the area is very notorious and the shops were illegal – but you have to be dedicated to your job first. I am alert enough to save myself if needed, but I won’t leave till I’ve got a picture.”

He adds that good judgement comes with experience. “You understand how to click unobtrusively, which angles would serve your shot best, how to be sensitive when taking pictures of accident scenes and riots. Fortunately, I have never yet had to face a hostile crowd or somebody threatening to break my camera,” he grins.

One Response to Why this man wins photography awards every year