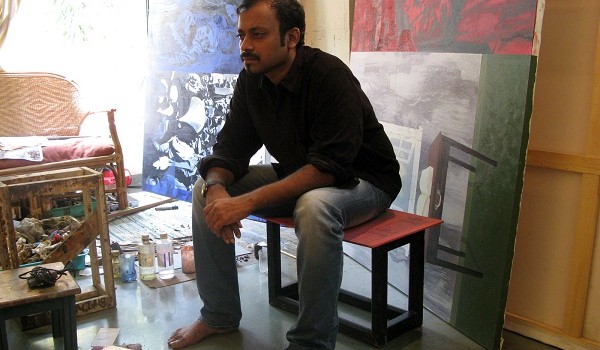 It is said that when art beckons, all one can do is follow it. 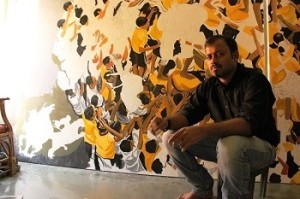 This was certainly the case with Goregaon-based artist Ratnadeep Gopal Adivrekar. The son of two artists, Ratnadeep (39) grew up in a home surrounded by art, and rebelled against it by opting to study Science instead. He pursued the subject determinedly until one day, in a sudden moment of clarity, he realised that all he wanted to do was paint. Since that day Ratnadeep has not looked back.

His journey as an artist began in 1997 and the road came with its ups and downs. However, Ratnadeep relentlessly pursued his art and today he is poised to become the first Indian artist to exhibit at the internationally celebrated Wagner’s magnified opera.

The exhibition consists of 16 works (see two examples below left and right), 10 of which are oils on canvas and the rest are charcoal and acrylic works. The works will travel to different cities in Germany for three weeks before being housed in the permanent collection at the Wagner Museum on July 19. The oil paintings represent iconic scenes from Wagner’s most celebrated operas and the charcoal and acrylic works try to paint a picture of the man himself, his life and the magic that has kept his works alive. 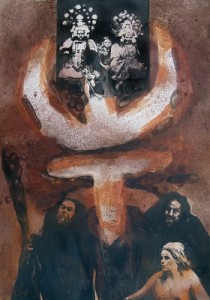 When asked what the most challenging part about working with his chosen medium was, he said, “Oils are suitable for large works, but the advantage of working with oils is also its disadvantage. The idea has to be pre-determined. One cannot go with the flow as is the case with charcoal and acrylics. However, with charcoal and acrylics, there is no room for error. One wrong brushstroke, and I have to start from scratch.”

It took one and half years of gruelling work to make this exhibition a reality. Ratnadeep spent some time in Germany, studying Wagner’s works. He also went to several operas and met with distinguished opera conductors to understand the nuances of an opera. “Western music is very different from Indian music, but Wagner’s operas have a lot of themes which are common to the Mahabharata as well, and that’s where I drew my inspiration from,” he says. Wagner operas were inspired by Nordic tales and the themes of love, power, greed etc. are common to those as well as the Mahabharata.

The conceptual style of the works shows layering and this reflects the multi-layered nature of Wagner’s operas themselves. Synthesia means a direct visual translation of music into paintings. “I didn’t experiment with synthesis as it tends to create very subjective work. I wanted my works to be accessible by a broad cross-section of viewers,” explains Ratnadeep.

According to him, the Wagner show is his “greatest artistic achievement to date”. The most challenging part, he elaborated, about working on this 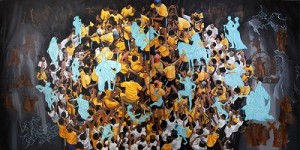 show was the pan-cultural association. However, the works have been received well and he’s looking forward to the opening of the show on July 19.

On being asked if he would do more shows based on music he laughed and said, “No. Not for a long time at least.” Ratnadeep also has a solo show at the Tao Art Gallery in Mumbai later this year.