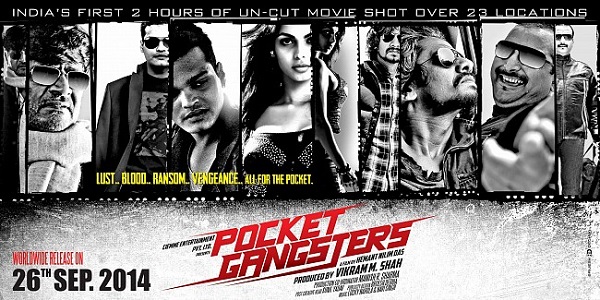 It is not enough to make a film – huge marketing budgets, presence of mega stars and a variety of publicity gimmicks all effectively bury small Indian films.

So what does a new filmmaker and his team do? They take a different route, and create a “100 per cent eco-friendly and green film”. 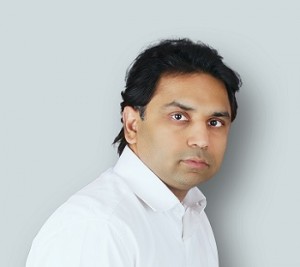 Says Vikram M Shah (in pic on left), producer of the upcoming film Pocket Gangsters, “We adopted various green practices like reducing or eliminating the use of plastic during the pre-production, shooting and post-production, reducing power and electricity consumption, eliminating the use of fossil fuels, using hybrid sources of power including solar energy, eliminating the use of non eco-friendly paints, products and items during set construction, using only eco-friendly products and adopting several other procedures and practices like shutting down air-conditioners when not required to reduce the ecological footprint of our film.”

The makers claim that their film is India’s first one-take, one-shot and uncut film. A gangster thriller, the film is centred around the subject of kidnapping, and will mark the comeback of actor Raghuvir Yadav.

Adds director Hemant Nilim Das, “For a debutante director to create a ripple in the market, you need a unique selling point for the film. Either you work with A-list actors or you work on an A-grade concept. For me, making a full-length feature film that is more than two hours long in one long single continuous shot was not only a challenge as a film-maker but also, a first time endeavour for the entire lot of independent directors. I chose a story line that could be conceptualised and executed as an uncut, one-shot movie.”

Vikram explains, “As a producer, this project was a real challenge for me, because we worked on an uncut, green film. For the film’s showing, we are contemplating doing away with physical or printed tickets and will try to only use e-Tickets or SMS coupons for entry. This has still to be worked out between the distributor and the theaters. Everything from the air-conditioning to the use of plastic cups or bottles was cut down wherever possible on the shoot. We even reduced the intensity of the lighting as much as possible for all indoor shoots and tried to use day light or sunlight where possible.”

What do you think of this idea? Tell us in the comments section below.