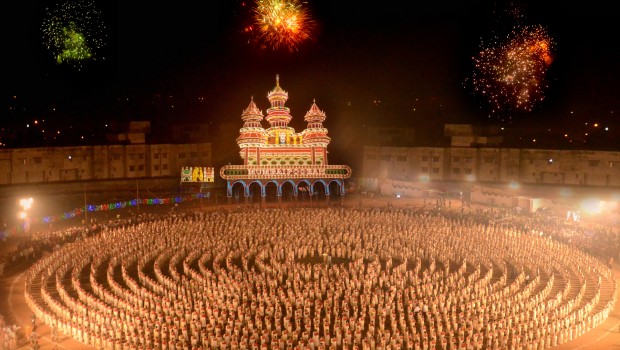 How a Guinness World Record was created

2,639 women danced at Dombivali this year, and the event made its way to the Guinness Book of World Records. Here’s how.

It was a sight for the Gods and those recording momentous achievements. On November 10 this year, the well-lit KDMC Grounds in Dombivli played host to a Kaikottikali dance event, in which a stunning 2,639 women danced to synchronised steps. The women – girls as young as 13, a woman as old as 74 and all ages in between – were dressed alike in traditional Kerala cream-coloured saris, and the performance, while astonishing in its scope, was good enough to qualify as an entry to the Guinness Book of World Records this year. 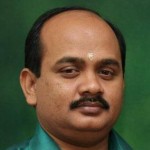 Speaking to The Metrognome, event coordinator Girish Nair (36, pictured at left), explained the logistical planning that went into making the record. “Last year’s dance (also at the Mumbai Pooram, a three-day annual Kerala festival) made it to the Limca Book of Records. After that, we decided to try for the Guinness Book of World Records. Accordingly, we started preparing for the event since January last year.”

The actual preparations involved making a video of the dance steps, so that all participants could study the video and learn the choreography. “We got the visuals for the dance set up, finalised the dress code for the dance, and then started meeting the Samajams in the city,” Girish explained. The Samajams are located wherever south Indians reside in reasonably large numbers, and apart from the big 30 to 35 Samajams in the city, there are several smaller ones as well.

“We asked them to spread the word about the event, and get women to participate,” Nair said. “We even went to temples to inform about the event. And not just Malayalis, but even Muslims, Biharis, UPites and Maharashtrians entered their names for the event.” However, despite a registration of 2,800 names, only 2,639 women participated – the dropouts were mostly college students appearing for exams.

Dancing to a new record

The managing committee registered on the Guinness World Records website. “We submitted the application, after which they scrutinised the entry and approved it. After this, they told us that an adjudicator would come down to see the event – we paid £4,500 for a team of five to come and see the performance. They came down to see the dance.”

And a Guinness World Record was made.