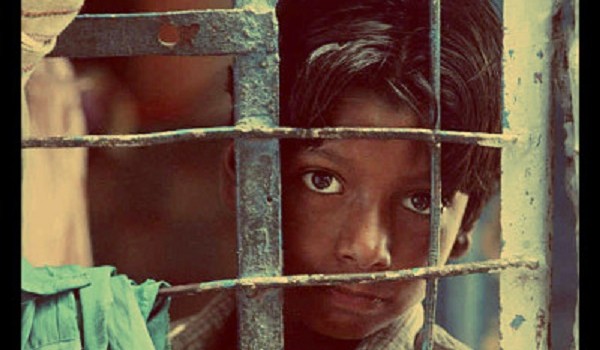 It is a burning problem that grows in strength every year. And yet, apart from police detection, there is not much to fall back on when it comes to finding missing children in India.

Except, these Mumbaikars know what can be done – albeit in a long-drawn out process. The app they’ve developed, ‘Helping Faceless’, uses face recognition and data analytics to help trace, and hopefully return, missing children in India. 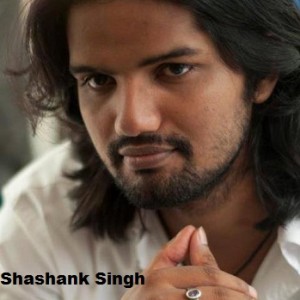 Speaking to The Metrognome, Shashank Singh (29), founder of Helping Faceless, says, “India has a big problem on its hands. Over 1,00,000 children go missing every year all over the country. Of these, most are kidnapped while some run away voluntarily. Many of them land up in begging rings,or are forced into the flesh trade, or end up as labourers in eateries or factories, or as domestic help. What’s more, many instances of missing children are under-reported. Something needs to be done to find these children before they are lost forever.”

What gave him the idea to start the app over a year ago? He pauses for a while, then says, “As a child, I spent some years in UP, in the 90s. When I was about six years old, I was kidnapped for five hours. I have no recollection of the incident, I only know what my parents have told me. It turns out that I was helped by a stranger and returned to my parents.”

That incident, though he has no memory of it, always stayed with him for one fact alone – that a stranger had helped him out from a potentially disastrous situation. “When I came to Mumbai in 2012 and later when I started working on this app, I realised that strangers helping each other was an extremely powerful idea, especially if it was scaled to a level where millions could help each other. My team and I hence developed ‘Helping Faceless’ to help these millions of missing children find their way back home.”

Though he started work on the app alone, today there is a small team in place, with Amol Gupta as co-founder.

How does it work?

The app is simple to use – if you spot a child in distress (either being abused, or working in hostile conditions, etc.), all you have to do is take a picture of the child, and the app auto-relays the picture back to the team’s server. “From here, the photos are referenced with the pictures in our database. When we find a match, we see the details for that missing child and contact partner NGOs and organisations in that place to seek their help in returning the child,” Shashank explains.

However, users are encouraged to talk to the child and build confidence to get details. They are also instructed to give begging children food instead of money. “Even a simple gesture such as giving a child chocolates will help the child speak with you. We encourage users to help the child in any way they can,” he says.

The team works with SOCH (Society Of Children), a TISS organisation which does the back-end work and helps guide the team through the legal steps to follow after a child’s pictures match. “SOCH also helps us figure out potential partner organisations in other cities to coordinate the process. However, each case is different and we have to work as per the requirements,” he says.

Currently, the team has over 60,000 photographs of missing Indian children in its database. “These were sourced from available police records. We are constantly building the database and uploading more pictures and information, while also reaching out to more partners. It’s a long process to begin the journey from tracing a child’s current location and returning the child home, but in a year, we have had success with three children – two from Ludhiana and one in Mumbai. That is a modest number, but the process moves at a glacial speed,” Shashank says.

Also, users must be a little careful about taking pictures of children. “Though there are no laws in India about taking a picture of a child in a public place, provided the child is clothed, we still discourage users from forcefully taking pictures. Also, sometimes it may happen that another person may stop you from taking a picture. Many users have been frightened off,” he says.

What ‘Helping Faceless’ hopes to achieve

“Essentially, we are a business that goes against another business – in this case, we are up against a $36 billion ‘illegal’ business,” Shashank says. “The best way to dismantle a business is to make it unprofitable. Using an app like this, though it seems like a small step, will help us hit back.” He adds that the crux of the app’s ethos lies in the public and police working together to solve these terrible crimes. “The bigger goal is, in four to five years, to have enough data to be able to predict a crime, and data analytics allows us that. The difference between trafficking and crimes of passion is that there is a time lag involved – the trafficked child is taken from spot to spot by public transport normally, there are specific train routes that traffickers use. We can empower the RPF to use the data and intercept the crime in real time,” Shashank explains.

He has shown the app to police officials in some Indian cities, and says that cops are interested in it because the same technology is also useful to catch criminals. “I would say that the same technology can be used to find all missing persons, criminals or not. However, we realise that currently there is a high churn rate among the app’s users. So we are working to make it more community-based and engaging to the user. We have about 3,000 people installing the app per month and signing up, but many of them drop out later on.” The improved app will roll out in two weeks’ time, he says, and so will its iOS version.

Currently, the team has about 30 dedicated volunteers, most of them from Mumbai. “We have found the highest response from Mumbai and Bangalore, while Delhi has the poorest response to the problem,” Shashank says. “Unfortunately, public support is lacking for initiatives like this. People are happy to give money to a child that begs, instead of talking to the child and taking a small step towards helping him or her out.”

‘Helping Faceless’ is available on Google Play Store and on Facebook: /helpingfaceless.

One Response to An app to help find missing children