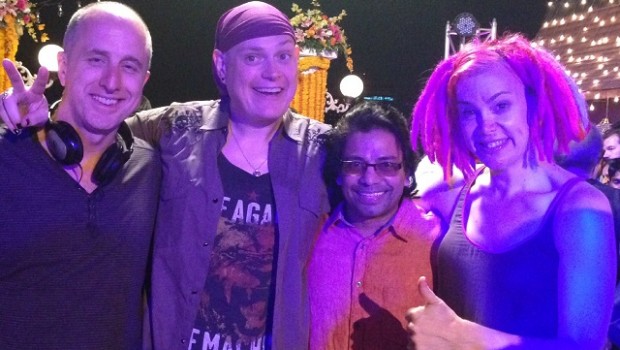 Choreographer Longinus Fernandes is working on his next Hollywood project after two big hits – this time, with the Wachowski siblings.

It would seem like Hollywood can’t get enough of apna Longinus Fernandes, choreographer and overall great dancer.

After working with the likes of filmmakers Danny Boyle (on Slumdog Millionaire) and John Madden (on The Best Exotic Marigold Hotel 2), Longinus choreographed a Chinese film. He is now back with another Hollywood venture with the well-known Wachowski siblings – Lana and Andy.

Longinus confesses to being “excited and thrilled” about his new Hollywood project. “The artists and the crews [in Hollywood] are always well prepared and exceptional [at their jobs]. Working with the Wachowski siblings was a dream come true for me. The couple of weeks that I worked on the venture gave me some of the best moments of my life,” he says.

Tabrez Noorani of India Take One Productions brought Longinus on board for the Wachowskis’ new project, the Netflix series Sense 8. The siblings are currently shooting the series at a number of locations in Mumbai. Bollywood actors Anupam Kher, Purab Kohli and Tena Desae are part of the cast.

Longinus says, “I was ecstatic when I was approached by the Wachowskis. I am lucky to have always been blessed with good work and good people. The song sequence [that I choreographed] is in English and Hindi and I have mixed Bollywood dance moves with some hip-hop and jazz. The makers wanted me to choreograph the song in such a way that it had a blend of both Indian and Western dance forms. They wanted typical Bollywood moves in the song sequence and so I included desi moves from bhangra and combined classical dances, too.”