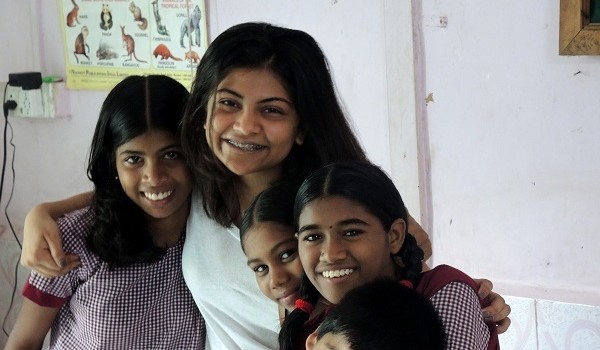 US student Rayna Srivastava spent her summer vacation volunteering for a Thane orphanage; says she will continue fundraising back home.

What’s the one thing most students do when they’re staring at vacations after a hard year of study? Parties, overseas holidays, or just goofing around rank high on any student’s wish list. But some students are different. Some students defy the oft-repeated sentiment that today’s youth care only about themselves, that the only way they participate in current affairs is by hitting ‘Like’ on Facebook or retweeting a celebrity’s tweet.

Take Rayna Srivastava, for instance. The student of Frisco High School in Texas did not slot her vacations into the usual party-holiday-goofing around routine, but she resolutely planned her summer vacation for several months before she put her plans into operation – Rayna (16) put in four weeks of volunteering service at the Divya Prabha Home for Girls in Distress, an orphanage in Thane. “I was in India last year, and I had had a lot of fun and learning doing volunteering work. I decided I wanted to come back, to give back to society because I am blessed and because others should also have some of what I do,” she told The Metrognome. 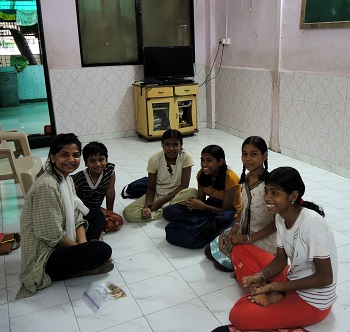 Initially stunned, her parents Rahul and Waishali quickly agreed to her plans. “My parents were not completely sure about this, but then my father said that when he was younger, he’d wished he could have done the same. At that time, he didn’t have the chance to give back to society. Both my parents were very supportive,” Rayna says.

Rayna was born in Mumbai and lived here with her parents for a couple of years after her birth before they all shifted to the US. Naturally, the bond with the country of her birth is very strong. What fuelled her interest in Divya Prabha was that the fact that her grandfather had a contact who put her in touch with Sister Deodita there. “I had heard very good things about the orphanage, about the noble work they do. Sister Deodita was more than happy for me to come down and work with the girls,” Rayna said, explaining that she worked with seven girls, aged nine to 16, and taught them basic conversational English, the environment and the use of the Internet – this last, so that she could stay in touch with them when she returned home. “These girls are orphans, and they were very excited and thirsty for knowledge. They had so many questions!” Rayna said.

She spent four weeks teaching and undertaking volunteering work such as planting trees. Other times, she would simply talk to them. “I taught them English because in today’s world, English is really important and it will help them when they go out to work. I was so grateful for the opportunity to get to interact with them. It was a wonderful experience overall.”

Sister Deodita (in pic on right), in a letter certifying Rayna’s volunteering efforts over four weeks, says, “Rayna gave us an agenda stating that 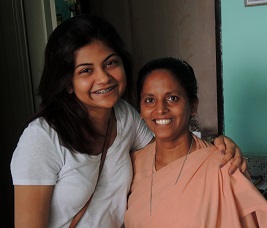 she wanted to teach English, environment and an intro to the Internet. In the 50+ hours that Rayna spent at the orphanage, she connected with our girls and built a bond with them. I strongly feel that the girls in our institution need friends like Rayna who can help to dream and aspire to look forward to life after the orphanage and understand the importance of education.”

“At this point, the orphanage needs repair work on two toilets, computers, books and laptops for educational purposes. I spoke to friends and family and we quickly mobilised Rs 33,000 for the orphanage. When I go back home, I will try and get two computers to send to Divya Prabha. In fact, that’s my next project,” Rayna said.

If you want to help Divya Prabha Home for Girls in Distress, contact Sister Deodita on 022 25854852 or email divyaprabhathane@rediffmail.com.