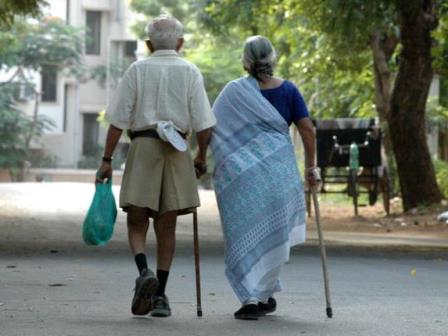 As told to Vrushali Lad

He says he is ’embarassed’ that I am thinking of ‘such horrible things’ at my age. He says he will leave me and never come back to check on me if I insist on doing what I wish to do. Even my daughter-in-law has been giving me strange looks for a few days now. They think I am being perverted, obscene.

I want to get married.

My wife and I parted ways after 15 years of marriage. We parted amicably – a few months after we were married, she told me that she had been in love with somebody else. I had been, too. My parents had opposed my affair with a girl from college. So in that sense, both my wife and I were in the same boat. We were married to each other because our parents wished it so. But though we were never completely happy with each other, we were never cold or cruel to each other. She managed the home well, I earned enough money for our family. We had a son after two years of marriage.

Then one day she decided to separate from me. I did not stop her. I think my son holds that against me, that I allowed the divorce to go through. Though I got custody of my son, I never stopped my wife from visiting us often, she was even welcome to come and stay whenever she felt like it. She now lives in Bangalore with her sister.

In the last two years, I met a lady at the local library where I have been a member for over 20 years. I had never seen her before, though I learnt later that she was also a member for many years. She and I were looking for a copy of the same book that had not yet been returned. We started talking to each other, exchanging notes on the books we had come to return that day. I asked her when she came to the library, she said, ‘Every Monday, if possible’. The next Monday I went to the library again. And every Monday after that.

She is a wonderful person – outgoing, warm, unattached. We share a common love for books and gardening. I want to get married to her, so I proposed and she said yes. But when I told my son this, all hell broke loose at home.

“How can you think of all these things at your age?” he asked. “Everybody will laugh. Are you so young that you think you will get married at this age?” He is disgusted that I am thinking of having sex at my age and bringing a woman into the house.

It has been three months since I told him about my plans. My fiancee says, “Be patient. He will come around.” I worry that he won’t. His life is set with a wife and small child. It does not occur to him that I need a companion, too.

(Picture courtesy www.oratechsolve.com. Image is used for representational purpose only)