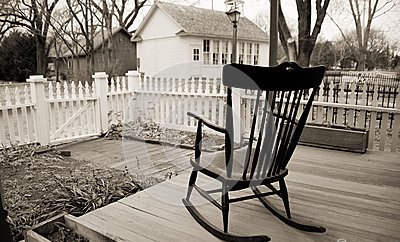 My mother waits for a son who only wants her money

My brother calls my parents only to ask when they are selling their house. Otherwise, he’s not in touch with them.

by A Concerned Sister

I have always been proud of my brother. He was always the smart one in the family, he always got the high grades and did well in sports, too. Growing up, he was everything a girl asks for in a brother – he was protective of me, he would help me with my studies, rat me out if I got into a mischief and then defend me if my parents scolded me…he was an excellent older brother. His biggest ambition was to go abroad and settle there.

Then one day he got his wish: he got a job in the UK. And slowly he forgot all of us.

It started gradually. His phone calls tapered off. He was never one to keep in touch, so it seemed normal. My mother would keep calling him, and he would answer probably one of 20 calls. Then he would tell her he would call when he was free, that there was too much work at the office (he is a systems analyst). When the call would come, it would be perfunctionary. My mother would be hurt and puzzled, but she would still call him the next day. I explained that international calls were expensive, maybe that was the reason…she was quick to understand, as all mothers are.

But his contact with me was also tapering off. He would reply with a quick ‘Ha ha’ if I texted him a joke. He never texted anything himself. When I would ask him when he would visit India, he would reply that it was too soon yet.

One day he called me to say he was getting married. He had already told my parents that he was in need of money. Now he asked my mother, ‘Why don’t you sell the house in Pune?’ My parents had purchased the property many years ago as a retirement home. My mother told him that she and my father would be moving to Pune in a few years. “What for?” My brother said. “You are used to living in Mumbai, how can you live anywhere else? You should sell the house.”

He further added that the house proceeds could be deposited in his account. He reasoned that my parents had no other sons, so there was no question of giving the property to anyone else. My mother had to remind him that he still had a sister. For a long time, he could not understand why my parents would leave anything for me.

Then he called my father and made the same demand. Sell the house, send me the money, I need it urgently, I am getting married, I need to buy a house here…He had been living in with a Portuguese woman and they were tying the knot in three months. When my father said that selling the house was impossible, he snapped, “Fine. Don’t help me. I will figure out what to do.”

He has not been in touch with us since.

My mother is desperate to see him. It has been over four years since he moved to the UK, and he has never come here. When she broached the subject last, he was angry. “You people don’t know how expensive it is here,” he told her. “I cannot even afford to send you flight tickets!” When she said we would pay for our tickets, he was even more angry. “There’s no need for that. Later you will tell everybody that I didn’t even send you tickets,” he said.

As always, my mother understands. But she is hurt that he is not answering her calls. Louella says he is going to Geneva on a six-month assignment later this year – he has not informed us. My mother requested her to make a short visit here during Diwali, and she has said she will ask her husband. There has been no reply on that either.

I wonder when my brother drifted apart from all of us. When he began to give preference to career and money over his own family. I am getting married early next year so I invited my brother and Louella. She sent her best wishes. I worry about my parents. My father is stoic enough for both of them, but my mother waits and waits for a call from distant shores. The call never comes. If it does, it is from Louella. My brother is not on social media, so there is no way to contact him there.

My mother is now worried that she will never be able to see her grandchildren, that her own son might not even inform her that he has a child. I fear that he will deeply regret his actions when my parents are gone. He is too caught up in making money, and my parents’ refusal to sell their Pune house has blinded him to the many things they have done for him. But later, he will feel remorse about giving preference to money over parents.

I am baffled by his behaviour. If he is worried about something, he should share it. If any of us has offended him, he should share that also. This continuous silence is hurtful. Why does he not realise that my parents need to keep in touch with him, even if he doesn’t feel that need? I seem to have lost my older brother. It breaks my heart to know that my parents are losing their son.

(Picture courtesy dreamstime.com. Image is used for representational purpose only)