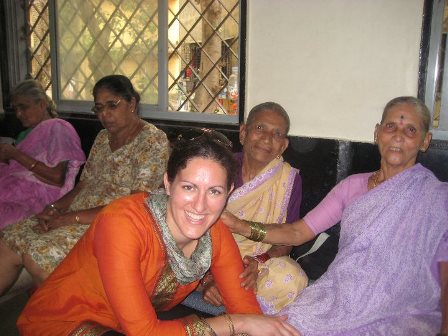 Robin Reister writes about how Indians view the concept of medicine, and how the idea of gratitude supersedes everything else. 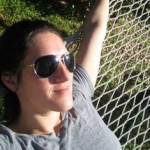 In Part I published yesterday, medical student Robin Reister had described her impressions of India.

I think the greatest benefit of students’ involvement in global health is the impact it has on the student herself. I would not be the person or doctor that I am if it wasn’t for my community service and global health experiences. My experience in India humbled me and took my breath away several times.

I noticed that people were not getting the primary care they needed. Indians would rather treat themselves at home, with naturopathic or Ayurvedic medicine or an antibiotic they picked up at a pharmacy without a prescription, than go to a doctor.

The family that I stayed with told me that instead of selling their printing company, they just gave it to their employers as a sign of gratitude for years of hard work. Both NGOs I worked with (Nightingale Trust, Bangalore and Silver Innings Foundation, Mumbai) were started by individuals who used a variety of self-funding for years to keep them alive. The fact that everything seems to work out so well in the face of so much constant chaos in India, I can only attribute to the amazing way everyone is constantly helping their fellow man. As my rotation had a large focus on human rights, I think this observation of hospitality, selflessness, and charity made the largest impression on me.

When I explored the Indian people’s perception of health care in their country, I was surprised at how little people complained, which was much less than I feel we do here in America. I found myself looking for problems, asking leading questions to get to the bottom of it. What I found is that most people say they get medical care when they need it, and at not too high of a cost. Very few people have insurance, and there is no Medicaid or Medicare equivalent for the destitute and elderly.

However, with the lower cost of health care due partly to the lack of insurance companies, most people get what they need.  I asked, “What if you get cancer?  What if you have diabetes? What if you’re the poorest of the poor?” Most of the responses were basically that if you have chronic diseases there are schemes available to help, and that there are good Government hospitals that are free to the poor.

But when I got to the bottom of it, I noticed that people were not getting the primary care they needed. Indians would rather treat themselves at home, with naturopathic or Ayurvedic medicine or an antibiotic they picked up at a pharmacy without a prescription, than go to a doctor. With this pattern comes many late presentations of disease. This problem is sure to get worse with the increasing levels of diabetes, and this does not seem to be being addressed as of now.

Having soaked in the sights, sounds, smells, and tastes of a country as large and busy as India gives me a great perspective on the rest of the world.  Almost 1/6th of the world’s people are on the subcontinent, and I have gained confidence after living how that huge chunk of the world lives. Like any time I leave the USA, I am reminded of the incredible luxuries that we have here. Potable water, roads that aren’t littered with garbage, potholes, cows, and unbelievably bad traffic, and decent access to health care.

Also, my freedom as a woman and as an American are something I take for granted. I was disappointed to see women in India not usually being treated as equals, and I constantly heard about the corruption of the Government with attitudes of hopelessness to change. But I will never forget the kindness and incredible selflessness I witnessed by my mentors, my hosts, and even strangers in India. Also there is great beauty in everything in India, from the temples, the delicious food, and the smells of jasmine and incense burning. This global health experience has enriched my education in medicine and human rights, and also personally enriched my life.

Robin Reister visited India as a medical student in 2011. Today, she is a practicing doctor in a hospital in New York. ‘Grey Space’ is a weekly column on senior citizen issues. If you have an anecdote or leagl information, or anything you feel is useful to senior citizens, caregives and the society at large, feel free to get it published in this space. Write to editor@themetrognome.in or on Facebook at www.facebook.com/Themetrognome.in and we will publish your account.