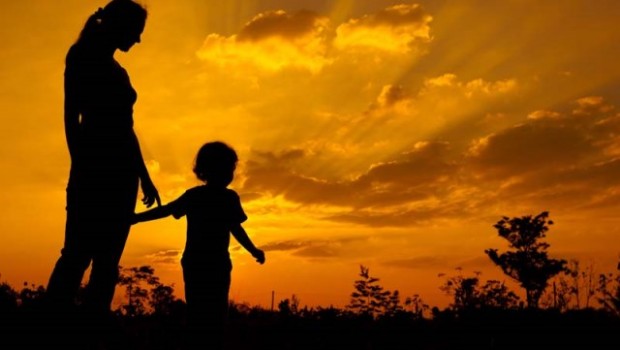 Everybody says that our children change after marriage. I agree. They learn responsibility, they manage their finances and they have to take care of their spouse. It is a challenging phase for any newly married person.

But far more challenging is the question of how to reconcile one’s previous life to the changed circumstances. The first issue is of helping to forge a harmonious relationship between one’s mother and one’s wife. This relationship is often a fragile one, because it is based on a constant power struggle between two women. However, it is possible to have a good relationship with one’s daughter-in-law as well.

I am lucky to have an affectionate daughter-in-law, who has never treated me with hostility. The hostile relationship in our house was actually the one my husband and I shared with our son, Dhruv.

Dhruv is a graphic designer who shuttles between many cities in India for his work. I must confess that I have never had an easy relationship with my only son. He has never been close to us, and ever since he was a teenager, he has had a better relationship with his friends than with his own parents. I don’t remember him telling us anything about his life, and when he announced that he wanted to marry Harshada, she was standing right next to him. I have never known what it is like to be friends with one’s child. I take it as my failure that I do not have a close bond with Dhruv.

But he changed after he got married. I think what made him realise that something was amiss in our relationship was an incident that happened two months after his wedding. Harshada was thinking of taking a sabbatical and sitting at home. She discussed this with me at length. When Dhruv saw her talking this over with me, he was puzzled. I later heard him remark to his wife, “Why are you telling mummy all this?”

“Because I want advice,” she replied.

“What does mummy know? She has never worked in her life!” Dhruv said.

“But she is older than us. She understands things better,” Harshada reasoned.

The same day, she took me shopping. We even stopped for coffee at a little cafe, which I had never done before. We got home late that evening, and had brought back two boxes of pizza for dinner. “Let’s not cook today,” Harshada grinned.

Dhruv had already reached home and was furious. “How long have you two been out?” he snapped. “I was hungry. And both your phones were unavailable.”

Now, I would have normally responded with an apology. But Harshada said, “If you were hungry, you should have gone to the kitchen and had a snack. Papa always has some farsan when he is hungry. He doesn’t shout for mummy to feed him. Are you special or something?”

I stared at her in awe. And at that moment both Dhruv and I realised one fact – I had always run around slaving for Dhruv. He had come to expect it from me; the moment he demanded something, I ran to help him. It was unthinkable for him to make even a cup of tea for himself. Harshada continued calmly, “Mummy has worked hard for you all her life. Now she deserves a break. You should not expect her to run after you from now on.”

Not only has Dhruv become quieter when he asks me for something, he also bought me a sari for my birthday this year. I was shocked: we have never exchanged presents at our house. I am sure it was Harshada’s idea. Last month, all of us went out for a movie and dinner. It was very awkward, because we hardly had anything to say to Dhruv. But we are opening up more and more, and I have Harshada to thank for it. She helped him realise how important it is to spend time with his parents. What I could not teach him, Harshada did.

I feel that I got a daughter in Harshada. She helped me meet my son.

6 Responses to How my son changed after marriage