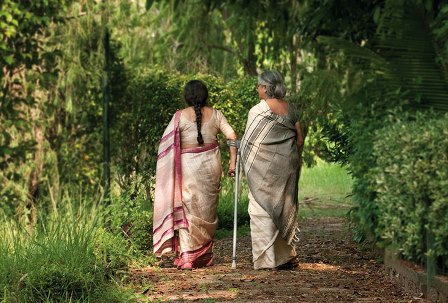 Get acquainted with ageing

There’s no need to get anxious about ageing and growing old. But acceptance is the key to a happy dotage.

Everyone grows old. And everyone is anxious about it, too.

Ageing is a normal process of life. Every living being grows old. But the process of ageing of a human being is quite complex and mysterious, too.

Longevity of a human being has been brought on by the progress made by medical science and the improvements brought in by modern technology. But, longevity brings in its wake, some issues and concerns, some of which have been addressed by the countries of the developed world nearly three decades ago.

But in India, the’ longevity revolution’ as one may call it, began making its presence felt and acknowledged around a decade ago.

The world today has people living longer than ever before. In 1950, ‘life expectancy at birth’, that is the number of years that an individual is expected to live was around 46 years. But today, this has increased to around 66 years. And this will be increasing every decade.

Ageing is defined as ‘a progressive functional decline, or a gradual deterioration of physiological function with age, and one which is an intrinsic, inevitable, and irreversible age-related process.’

No one escapes old age! At the cusp of youth, old age seems non-existent, but as WHO’s Life Course Approach states, “Ageing begins right from the time that the baby Is conceived.” No wonder we say, “He or she is 10 days old or 8 years old.’

To cope with ageing, what is essential is to understand that this is an inevitable process that everyone goes through and that one has to learn to deal with it in a planned and prepared manner, if possible right from the time that one starts earning one’s income. This includes not just financial planning, but also post-retirement issues beyond finances.

‘Retirement…Why should it be a priority or an issue of concern in my life when I am just 25?’, an incredulous youth would say. That’s where the problem lies. Remember, you ARE 25 years OLD! It’s never too early to think of one’s old age and how one should live during that period.

Watch the elderly and you will notice – some are jolly, healthy and enthused about life, and some may be sad, depressed and demoralised. A lot depends on how prepared you are to face this inevitable period of your life.

Statistics reveal that today there are nearly 4,50,000 centenarians in the world and the number will reach 18 million globally at the end of the century. Are you going to be one of them? It’s in your hands!

(Picture courtesy www.jagritidham.com. Image is used for representational purpose only)