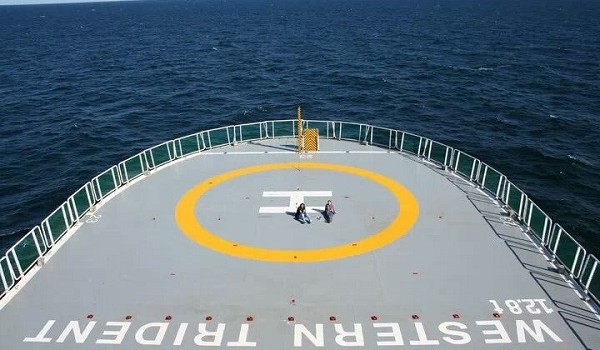 A woman on the seas? Now, that’s a novel idea. But, don’t let Ankita Srivastava, Mandira Nayak and Neha Rao hear you say that. 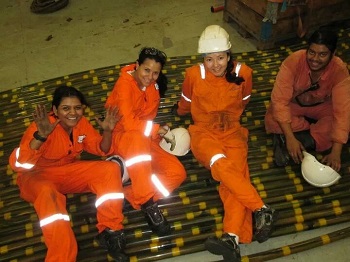 The field of marine engineering is a highly competitive and tough one, peopled as it is with men who are spunky and difficult to faze. So how does a woman enter this hallowed space, and more to the point, how does she survive?

So who are Ankita, Mandira and Neha?

The 30-something Ankita, based in Lucknow, is currently working with Campbell Shipping as Chief Engineer. She did her Marine Engineering from Tolani Maritime Institute, Pune. “I started my career as an Engine Cadet and after completing my sea time as Junior Engineer, I passed my Class 4 exam and subsequently the Class 2 and Class 1 exam. These exams are conducted by DG Shipping, India. Anyone seeking promotion to various ranks needs to clear these exams and acquire licenses to sail on the higher ranks.”

Says 28-year-old Mandira, who hails from Madhubani district of Bihar, “I am a Seismic Engineer, in WesternGeco Company which provides seismic acquisition technologies and techniques for subsurface imaging in any environment.” She has been an engineer since August 2007.

28-year old Neha, a resident of Mumbai, has been on the ship’s Maintenance Department which looks after the machineries for propulsion, electricity generation, air conditioning, refrigeration, sewage treatment, making fresh water, etc. “I started as an Engine Cadet, went on to become Junior Engineer and then Fourth Engineer. As a Fourth Engineer, I was in charge of the generators so had to carry out maintenance and repair on it. I was also in-charge of bunker operations. Bunker is the fuel of the ship. That is separate from the cargo that we carry. I was responsible for the loading operations of the bunker fuel and also its day-to-day monitoring.”

While Ankita and Mandira are still in the same field, Neha has shifted gears to pursue another career option.

While all three agree that the job is very different and challenging since no two days are the same, they also agree that as women, the challenges are compounded by other factors.

As Neha puts it, “I used to get too much attention from my colleagues. I was like a celebrity on the ship. I couldn’t fart without the whole ship (25 people) knowing about it. Half the 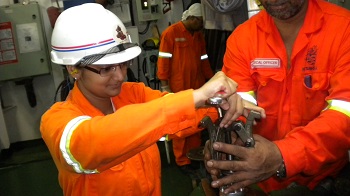 time people kept falling in love with me! On a serious note, it is very tough to live normally when you know you are being scrutinised and judged more because you are a woman.”

In Mandira’s experience, since the field is male-dominated, there is constant pressure to perform in terms of physical strength and technical competence. “Even companies arriving for college placements were not keen on recruiting girls. We had to push ourselves harder to prove our competence.” She mentions that the general perception is that girls are not good at technical jobs and to further this, “our batchmates would tell us, ‘Seat kha rahi ho tum log, kyun ho yahan?’”

“But one needs to be strong willed and determined to not let all these perceptions and challenges affect you. If you enjoy your work, there are no limits to what you can learn and achieve. As a woman, what is important is to know your limits, have the required proper knowledge, skills and the right attitude,” says Ankita.

Already under constant questioning from people on the ship, matters were no different off it. People would make comments like, ‘Ship pe safe nahin hota, kitne aadmiyon ke beech rahegi?’ “People didn’t even know the nature of our work, but would still comment,” says Neha.

A typical day at work

Ankita’s usual day starts with the ship sailing from 7 to 8 am. “Everyone in the engine department meets in the control room to discuss the maintenance plan for the day. After going through various procedures and discussions, we go on to complete our job.” A job can be completed in a short while, whereas another job or some unforeseen problem can demand more time. She adds, “If all goes well, the day ends at around 6 pm. By that time, we are free and have ample time to enjoy with our shipmates, reading, watching movies, playing games, and hitting the gym – all of which are available on the ship. But when the ship is in port, the work can vary and can sometimes be very hectic as there can be inspections by authorities or maintenance of propulsion machinery or handling (operation and maintenance) of the cargo gear and other major jobs that have been planned.”

Neha’s typical day would start at 8 am with her reporting to the engine room. She would then be assigned the ‘Watch Task’, which involved either completion of maintenance work on generators or helping others with big machineries. “We would then break for lunch at 3 pm and again start the watch from 8 pm to 12 am,” she remembers. 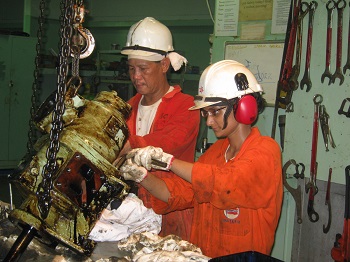 However, the pressure to prove oneself is such that many fall into the trap of proving themselves so determinedly, that is sometimes exceeds the bounds of common sense.

Mandira recounts a case in point. “In our college practicals, for the tasks which were automated and required no manual work, boys would lift equipment to prove their strength. In our professors’ times, all tasks were to be done manually, but things had changed for us, but still the boys preferred doing the same manually in order to show that they were physically superior to us. In one such incident, a male professor sarcastically asked one of our female batchmates if she could lift a machine. She actually lifted it – it could otherwise be done through automation. Though nothing happened to her, it could have – she could have suffered a slip disc!”

What’s more, one’s partners need to be supportive if one has to succeed in this career. But that doesn’t always happen. “My ex-boyfriend would tell me, ‘There are girls who left sailing for their partners. Why can’t you?’” says Mandira.

Ankita’s career high points till now have been when she passed the exam for Chief Engineer’s license (Class 1) and got promoted later on. “I was aware that not many women had made it to that level and was happy that I was able to stay that long and make a place for myself in a male-dominated field,” she says.

Neha says, “My high point was when I cleared the Class 4 exams which we have to take before we can sail as independent Watchkeepers or Fourth Engineers. These exams were really difficult and I cleared them in a single try. I was also appreciated for my work a couple of times.”

“The biggest challenge is that you have to stay away from family and friends for months together. The job is physically and mentally demanding most of the times,” says Ankita.

Adds Mandira, “Being stuck in water for five weeks can be frustrating at times. Moreover, the 12-hour grill with operational and financial pressures in order to seek the company’s profitability keeps us busy and tired.” She adds that the nature of the job is such that one has to deal with rough weather, sea sickness, and disturbed sleep patterns on a regular basis.

Neha says, “I had to stay away from home, friends, boyfriend and any form of social life. Naturally, I would feel totally lost when I used to go back home – it was like the rest of the world had moved ahead and I was still six months behind.”

These factors aside, the engineers also face the dangers of natural calamities like hurricanes, high waves and pirates. As Mandira recounts, “Few months ago we lost a colleague in a heavy wave.” She adds, “We have to retrieve the ship gears in rough weather, and you may drown in the sea. Also, pirates are dangerous as they are everywhere and under the heavy influence of drugs and alcohol. We are trained to deal with them.”

Despite all the above challenges and perceptions, the career opens up a lot of space for experience and exposure, feel these women.

“Since my colleagues are from different nationalities, it is fun to be among a diverse group of co-employees. This is also a company strategy in order to prevent dominance of a particular nationality,” says Mandira. The field also offers the chance to travel the world.

As Ankita puts it, “At the end of the day, it gives a sense of achievement doing something the right way, of fixing things with your own hands. The satisfaction after trouble shooting a problem on your own gives a satisfaction which I think no other job can give. The effort, challenges and dangers aside, it’s all worth it.”

The Women’s Day series celebrates the spirit of women on the occasion of International Women’s Day on March 8 every year. Look out for Part 2 next: ‘Trust in God, but carry pepper spray’.

2 Responses to Women on the high seas