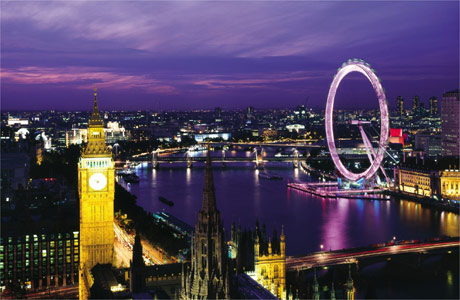 Sneha Kamat feels that if London wasn’t perpetually cold and rainy, it is actually an ideal city to live in.

Part II of the ‘Away from home’ series 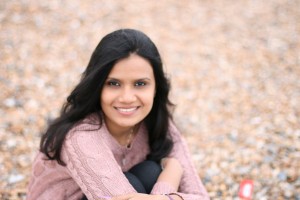 The night of September 4, 2011 was a rather sleepless one. I was leaving for London the next day and the ball of anticipation in my stomach, coupled with dread, kept expanding.  At 27, I had finally mustered up the courage to quit my job of five years at a publication house to pursue a Masters in International Publishing Studies at City University, London. This was a particularly courageous year for me, because I also managed to get over my fears of matrimony and took the leap of faith in August. My husband works in London, so studying here made it a rather convenient move.

I left for the airport from my husband’s home, which in retrospect made me realise, was one of the chief reasons I effectively reined in the waterworks. It was indeed overwhelming; convincing myself that I shouldn’t fret because I’d see my family soon enough; besides trying in vain to pack a large part of my world into the two suitcase limit I was allowed by the airline. I stared vacantly at my startlingly empty closet. I’d never packed away so much before in my life. I’d never moved home, never taken a really long trip anywhere. This was in every which way, a first.

I walked out of Heathrow airport into a cold, crisp temperature of 17 degree Celsius. As someone who always prefers heat to cold, I wasn’t sure I liked this at all. I called my mum to tell her I’d reached safely. Of course, the first question she asked me was about the weather. “Feels like Lonavala, Ma,” I remember saying, in a rather fake, bright voice.

The next few days were about settling into my new home, adjusting to married life (that is not just a boring cliché!), and learning about the tube system in London, which would be my predominant mode of transport to the central part of the city, where my college is located. Now the best thing about the London Tube system is that even the most directionally-challenged person in the universe, and I’m a top contender for that spot, can figure it out within the course of a single day.

I started college within two weeks, and was immediately inundated with assignments and submissions. As someone who hadn’t been in the classroom for more than five years, staying awake during morning lectures became my first priority. I was also learning a very important art that must be mastered when one moves to a cold country – the Art of Layering! Thick leggings, thermal socks, cardigans, pullovers, jumpers, woolly scarves, gloves and loads and loads of tights, varying in thickness. This wardrobe makeover wasn’t to fulfil some girly whim; it was a necessity in every way if I wanted to feel my fingers and toes at the end of the day.

My first semester was exhausting. I was in class practically all day. And on weekends, in the library with my group members, breaking my head over project work. I live more than an hour away from college, so between all that work and travel, there wasn’t much time to mope or despair over how much I missed home. My gruelling schedule meant that I hadn’t even explored the city the way I’d planned to. But I knew it was in the offing and the onset of winter brought on the first wave of homesickness.

Winters here mean that it’s not just the cold that you’re dealing with. It gets dark by 3 pm and stays that way till sunrise the next morning. My body clock was a mess. I was often ready to go to bed by 6 pm, and waking up in the morning when it’s 5 degree Celsius outside is a tormenting task, especially for someone who detests mornings, early or otherwise. My semester had ended by then, but I had my written papers coming up soon after the New Year. One of the modules I was studying for was Publishing Law. I can positively state that between learning about inane acts and rights and dealing with the cold and the darkness, the festive Xmas and New Year period in London were among my worst weeks till then.

There were crying jags, there was massive abuse of calling cards, there was tremendous venting on the exasperated husband, and of course, panic attacks about writing exams after so long, especially that law paper. In all my years back home in Mumbai, I’d incessantly bitched about the heat, the traffic, the overworked-underpaid scenario and what not. But none of it mattered anymore. My Mumbai was my Mumbai. And I loved it a bit too much to care about anything else right then.

The manic behaviour ended with the exams, and I decided I’d take a trip back home in my rather long Easter break. One month in Mumbai, with my friends and family around me, stuffing myself with butter chicken and Gajalee’s prawn curry rice, and I was a happy camper again. Who needs spas and exotic holidays when you have your people to cheer you up!

I came back in March and settled back into college and routine and things have been a lot easier since then. I’ve slowly settled in to the London life. I’m more comfortable taking the tubes here than I ever was taking a train back home. There’s a lot of walking every day but my feet don’t hurt any more. My resistance to the cold has definitely gone up. I’ve found plenty of Indian shops where I can find many Indian goodies, including Parachute coconut oil and Marie biscuits. The city is a shopper’s paradise and I managed to undertake a fair bit of exploring this summer and some European travel too.

I love the quiet mornings, the lack of persistent honks, and the fact that I can almost always reach a place on time, without being a traffic jam victim as was my daily issue back home.

I might very well be coming back to Mumbai in a few years, but for now I’m looking forward to restarting my career here. London is slowly growing on me. It’s not home like Mumbai and I don’t know if it ever will be, but there’s something about this city that endears itself to you. In fact, if it wasn’t so cold and rainy most of the time, it’s quite the ideal city to live in.

I also believe life will become easier as I form a strong network of friends here. Sometimes I miss how easy it was to just call a friend and drop in to the neighbourhood cafe for a hot cup of coffee or share a muffin. Then again, home is where your people are. If I transported everyone I loved to London, maybe I wouldn’t miss Mumbai as much. So eventually it all comes down to forming your circle.

I look forward to my breaks back home, but I’m also learning to enjoy my time in London. Meanwhile, my quest for the best butter chicken in this city continues and I’ve vowed to enjoy it aplenty before I leave.

Sneha Kamat Bhavnani is a resident of 7 Bungalows, Andheri W. She’s just finished her MA in International Publishing Studies from City University, London and is awaiting her results. When she isn’t ranting about the London weather, you’ll find her indulging in her latest passion – online shopping!

Diaries is a weekly series of stories on an issue. The ‘Away from home’ diaries are stories of Mumbaikars who have left the city for a space of time.