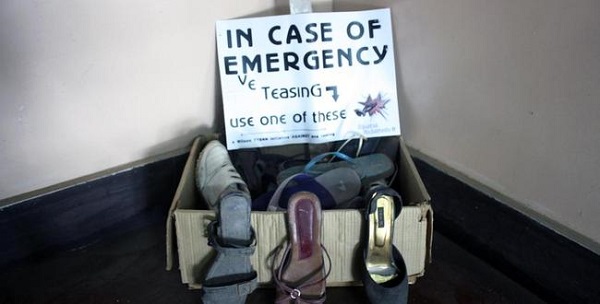 Part 2 of the ‘Women’ diaries

I was first molested by a 20-something man when I was 10 years old. We lived in pre-Gulf War Kuwait at the time, and I had accompanied my older sister to the grocer’s just a few steps from where I lived. He touched me twice between my legs, and as I watched him walk away calmly a few minutes later, even at that young age I remember being so ashamed that I did not raise an alarm though I easily could have. I let him get away.

There were several more molestation incidents as I grew up. Hands reaching out to pinch. Elbows swinging into ribs. Bodies being pressed against mine on a crowded bridge. I dealt with these assholes, fearfully at first, then with increasing violence.

Did the behaviour of some men put me off the rest of them? Nope, funnily enough. All my friends are men. I love men, they’re awesome. Only the creepy ones make me mad.

Cut to 2014. My temper rises at the teenaged boy who, accompanied by his friend in the restaurant, thinks it’s totally okay to keep staring at me over the rim of his beer glass. Of course, I have gone out of my way to ‘deserve’ this kind of attention – I am the only unaccompanied woman in the restaurant, and I do not pretend that a male partner will be joining me soon. I order a huge plate of food, sit cross-legged on my wooden chair, watch an old cricket match on the restaurant’s TV, yell for water.

I give this silly staring infant a full five minutes to quit staring. I can’t know what he’s thinking, but as his head keeps swivelling around in my direction, I know he’s not thinking, “This is the kind of independent woman I will raise my daughter to be – who will go to restaurants alone and not mind being stared at.” His five minutes are up, and I look away from the TV screen. Looking directly at him I loudly ask, “Kya dekh raha hai, bho%#@*ke?” 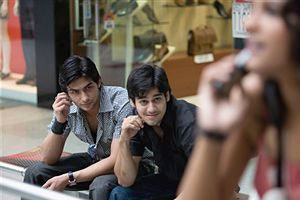 Shocked, he whips his face around so quickly, I’m sure he’s broken his neck a little. Both boys do not look at me again. By now, I feel the eyes of the restaurant on me. The auntie on the next table looks murderous. “Kaisi besharam ladki hai,” she must be thinking. I finish my meal and ask for the bill.

I am 35, and by now, I have learnt several swear words. My potty mouth does not reduce my femininity (I think). My parents, however, worry about a bigger disorder that plagues their child – the one that makes me cause a huge scene and hit men in public. My mum tells me to be careful, my husband condoles the reason for my loss of temper, but not my outburst. “I worry for you,” he says, sighing.

Me? I find I care more for my peace of mind than creating a certain ‘impression’ about myself as a woman from a decent family, and I really don’t care, in the heat of the moment, if the guy I am pummelling turns around and starts pummelling me (though that would be embarrassing). The times when I haven’t reacted to such abuse are the times that I still recall with tears in my eyes.

Wherever a woman goes, whether returning home from work or going vegetable shopping with a child in tow, she is subjected to casual remarks, butt pinchings, breast gropings, and what not. At least more women are speaking out against these attacks (which are sweetly termed ‘eve teasing’). But most are still caught in the ‘Jaane do, these things happen,’ mindset. I can’t understand it – if we raise hell when somebody steals from us, why do we hush it up when we are humiliated for no reason?

Most people’s line of defence goes thus: ‘Go to the cops. File a police complaint. Get the perpetrator arrested.’ All of these are fine remedies, and they must be adopted, no question. But what happens in the few moments just after you’ve been inappropriately touched in a crowd, or a passing uncle whispers a disgusting suggestion in your ear? Do these remedies race through your mind first? Do you choose to keep walking as if you didn’t notice that hand on your breast, or do you turn around and satisfy your hurt ego with a filthy look?

You’ve got to do something.

I’m not saying everybody has to beat such men to pulp, but girls, don’t let them just walk away and grope somebody else a minute later. And trust me, no amount of filthy looks will help – those work only with close friends and family, who actually care for the sentiment behind the look. If you know who’s touched you, or said something disgusting, turn around that instant and go after the bastard. Run after him, turn him around by his shirt collar, and put all your strength into the hardest slap you can land on his face.

If he protests (and he will), slap him again. Kick him in the shins, for good measure. Don’t care if a crowd collects to watch you in action (and a crowd will, and don’t expect help either), and also swear at him loudly. If, after all this exercise, you still want to drag him to the cops, please do so.

As a journalist with Mid Day in 2005, I had to do night shifts for a week every month. Every city reporter, girl or boy, had a week of night shifts, where they literally worked all night, scouring the streets for stories, reaching the spot of a development, and so on. I’ve had more than my share of crackpot police constables asking me why I worked all night, directing the question to my chest than to my face, and with some even going as far as asking if I was single. I learnt to blank out the bad behaviour, choosing instead to wear heavy jackets when I could, and always going out for work fully dressed. I don’t know why it is, but the sight of a woman’s bare arms emerging from a sleeveless blouse drives some men crazy. They call it ‘modern’ clothes. Ergo, if I wore ‘modern’ clothes, I wouldn’t mind a bit of loose talk.

And despite my treatise on hitting back and the rest of it, dear girls, please also be careful. I’ve learnt to keep the punches arsenal in reserve, and to not go looking for trouble. In Mumbai, the ladies’ train coaches have a police constable after sunset. The sight of the police uncle in the train is a reassuring one, but he’s not going to escort you home. There’s no need to go all Princess Guerilla and carry a bazooka in your bag, but for your own sanity, be armed with a sharp tongue and a sense of instant justice. Keep a can of pepper spray handy for the times you may be mugged. Don’t merely wait for men or cops or the courts to help you – in a reasonable situation, at least make enough noise to pinpoint the abuser and attract attention to him in a crowd. Shame the man, and do it loudly.

More to the point, don’t be ashamed if some random man tries to get his thrills off you. The guilt is not worth it, and besides, isn’t it easier to own your life and your body than let the scum of the earth define what you should feel?

Vrushali Lad is editor of themetrognome.in.

The Women’s diaries celebrate the spirit of women on the occasion of International Women’s Day on March 8 every year. Look out for Part 3 next: ‘Her sister was killed. But she fights on’.

3 Responses to Trust in God, but carry pepper spray