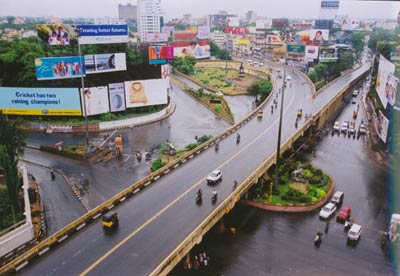 ‘There’s lust. And there are Chennai men’

Part I of the ‘Away from home’ Diaries. 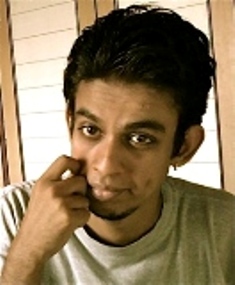 I stay at Malad, near Inorbit Mall. I have been living there for the last five years. I left Mumbai on August 4 this year to pursue my masters in Journalism. I will specialise in Online Media. I still haven’t decided what I’m doing next, but I’m taking the first flight back home after completion of my course.

I had a very definite moment of parting with the city. That moment, when I stared at the Mumbai Airport board, did it for me. I knew one thing was certain – I would be returning very soon and for good. I got my admissions in the college at Chennai, post-that I was travelling back and forth because I needed to find an apartment in Chennai. Luckily, I found a good place in a central area of Chennai, Nungambakkam.

My first day, indeed my first week here were eased by the presence of many friends and well-wishers. One of them is a lady who is very special to me, and she basically took care of everything for me. My stay here has been made quite easy by her. So, there were no homesick moments or anything of the sort.

My typical day here? Let’s see – get up early, before the water goes away, bathe, skip breakfast, collect lunch, go to college by 0930 hours and stay there till 1800 hours. Come back home, contemplate dinner, no wants to cook, end up eating at a cheap eatery most of the nights. The place is called ‘Garage.’ This is what my week looks like, with a change on Sundays and public holidays. So yeah, it is less than exciting.

The list of what I don’t like about Chennai is a long one. I’ll just put it in points:

1) The way people in Chennai drive is horrible. Especially the MTC bus drivers, I swear there are times I have thought I would be crushed under one. I got my bike here and have not yet installed my mirrors, because it’s just a scary proposition to see that thing behind you.

2) Being called a North Indian. I don’t mind the word ‘North’ and I don’t have any geographical affiliations or likes or dislikes. But what hurts the most is the arrogance that people here display while saying the word. There was an instance where I was stopped by a senior police inspector and accused of being a thief, ‘like all other North Indians’.

3) The lack of a drainage system that leads to instant flooding of the roads.

4) Due to a lack of facilities, people here drink bottled water every day. Poor people here are dying of cholera, dengue, malaria and so on. They have a Cholera Hospital here.

5) The way men stare at women. There is lust and then there are Chennai men; it’s beyond disgusting for women.

6) Rickshawwallahs. They charge Rs 200 or more for a distance of Borivali to Goregaon.

What I miss the most about Mumbai are its rickshawwallahs, its vada pav, varan bhat with toop and thecha, disciplined traffic, helpful people and cops, all the night eateries, and the safety for women and personal property. Yes, like several Mumbaikars I have also felt that I would leave the city for good some day, on several occasions. But home is where the smug is. I will go around, see the world or whatever, but my final resting place hopefully would be that bitch of a city.

The fast-paced life with a heterogenous crowd is very contagious. It’s not about the Mumbai spirit and hypothetical things like that. It is a place that you might physically leave, but somewhere that virus of being a Mumbaikar never leaves you.

Diaries is a weekly series of stories on a single issue. The ‘Away from home’ diaries are stories of Mumbaikars who have left the city for a space of time.

3 Responses to ‘There’s lust. And there are Chennai men’