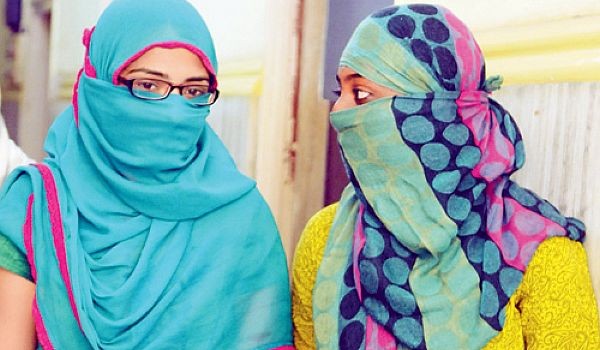 It was an innocuous post on Facebook, as most posts go. A student from Palghar, 21-year-old Shaheen Dhada, was upset over the total lockdown of Mumbai and its outlying suburbs after the death of Shiv Sena chief Bal Thackeray on November 17, 2012. Taking to Facebook to vent her anger, little did Shaheen know that a simple post questioning the logic behind the shutdown would soon get her arrested.

Similarly unaware of the impending storm was her friend Rinu Srinivasan, also 21 and also a Palghar resident. Rinu ‘liked’ the post.

And there the matter would have rested.

However, the post was brought to the attention of Bhushan Sankhe, Palghar’s Sena shakha pramukh,  who was suitably upset by Shaheen’s remark and Rinu’s appreciation of it. Very soon,  a mob of Shiv Sainiks was mobilised into action, they went to Shaheen’s house, vandalised her uncle’s clinic, and that night, Shaheen and Rinu were arrested.

These arrests marked a watershed moment in a year that saw the imprisonment of cartoonist Aseem Trivedi and the taking down of his website, the jailing of a Kolkata professor after he forwarded a cartoon of Mamata Banerjee over email, the abrupt cutting off of video channels like Vimeo at the hands of entertainment giants like Reliance and the mass blocking of Twitter and Facebook accounts in the aftermath of the Assam violence, to name a few.

The public, already bewildered by the seemingly indiscriminate clampdown on its internet freedom on various pretexts, was pushed past the boiling point after the two girls were arrested. Already furious over being forced to wait out Thackeray’s funeral in their homes, the city erupted in protest after Shaheen and Rinu were not just arrested, but a local magistrate awarded them a 14-day judicial custody term.

Spurred into action by the rising protests, first from Mumbai and then from all over the country, the State Government ordered a probe into the matter, then after the police action was deemed inappropriate and hasty. The girls were finally let off, the charges against them were subsequently dropped, and both the girls are now back on Facebook.

But perhaps the biggest offshoot of the entire incident was that the public, used to not voicing its opinions on the Shiv Sena, went full throttle in its criticism of the party’s strong-arm tactics.

‘Diaries’ is a series of stories on one theme. The Yearender Diaries seek to capture the most telling moments, happenings and people in the city this year. Watch out for Personality of the Year tomorrow.