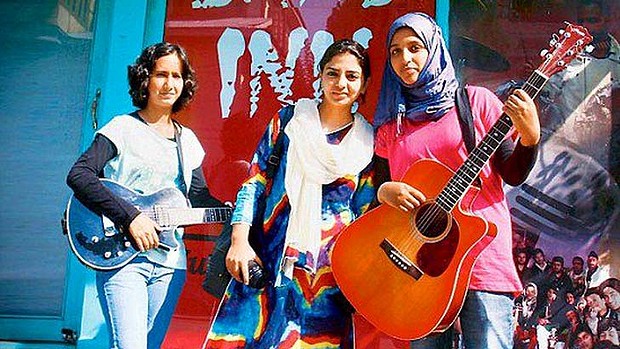 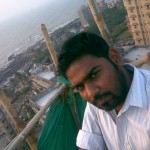 The situation – Yet again another series of bans.

The observation: Our sentiments could be considered careless and weak because they seem to be getting hurt left, right and center. So much so that bans are being demanded, ordered and granted like the free masala puri at a chaat stall.  Will these upholders of sentiments ever realise that if everybody starts banning things around, they and their ilk would be out of business very soon? These ‘banatics’ have instilled confidence in me such that even I would love to ban a few things as they hurt my sentiments, for instance:

When three young girls from a certain State (from the rock band ‘Pragaash’, in the featured picture) are banned from singing and performing.

When other youngsters in the same State are armed with AK-47s instead of education and jobs.

When someone bans a movie citing their God has been portrayed in a negative light.

When someone believes that only his God is the best God.

When someone bans a book believing that it has offended his community.

When someone believes in a book so much so that it shapes one’s very idea of life.

When a random godman says that a girl on the verge of being raped should bow in front of the monster and call him her brother.

When people still believe in godmen and godwomen…and Gods.

When someone expects me to consider a 17-year-old rapist and murderer as a child.

When someone stresses on the human rights of the accused, ignoring those of the victim.

When people don’t lease out or sell their flats to members of a certain community.

When people don’t get out of their ghetto mentality.

When people blame Western culture for everything that’s wrong with their society.

When the same brag about their children being settled in the West.

When someone bans a painting on the grounds that his Gods and Goddesses were painted in the nude.

When the same person doesn’t think twice before insulting someone else’s God.

When someone equates religion with morality and benevolence with God.

When the same person believes that God expects us to fear him, else he will burn us in hell.

When someone believes in an unknown God, but doesn’t trust a known conscience.

When I know that despite wanting to ban Religion and God forever, I still believe in a person’s right to practice his/her faith freely simply because I am not a ‘banatic’!