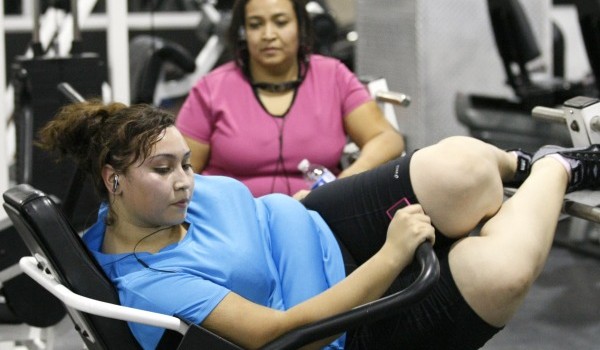 Rolls of fat all along the abdomen and jiggly arms – is this your definition of a curvy Indian woman? So really thin is healthy, I suppose?

I am seriously annoyed when women at the gym call me thin. This is not false modesty. I am genuinely irritated when I get called thin. Because that observation is generally followed by this statement I am still not able to understand – “Why do you need to exercise? You are so thin!”

And this pronouncement is followed by a quick, sad little look at their bulging abs and/or thunder thighs.

I am not thin. I am underweight. I am 33 years old and I weigh lower than I used to when I was in college. But people think that because I have a thin waist and because my jeans sit loosely on me, I don’t need to exercise. So why do I need to exercise? Because there’s a history of diabetes in the family. At the wrong side of 30, I don’t want to develop cardiac disease, or have painful joints, or something worse. But there is still the problem of being underweight.

Then there is the other extreme comment, generally from women who are overweight but who possess some insane confidence that makes them think that they are not fat, but curvy. They talk of Vidya Balan and Beyonce. Sometimes, in some dim moment of despair, they think they should lose a little weight. But mostly, they seek consolation from pictures of pudgy celebrities, who openly declare that they celebrate their curves, and that they would never go under the knife because they love their bodies, blah blah blah.

Hey, please love your body, wobbly bits and all. Also love it if you’re eating as much as you should, but you’re still rail thin. But do something about that extra fat you’re carting around, and don’t pretend to love it. There’s nothing to love about something that gives you cardiac problems, that puts you on the path to diabetes, that makes you heavier on your knees than you should be. And there is nothing sexy about carrying fat around, just like there is nothing remotely beautiful about being bones in a skirt.

After a recent interview that a now-rotund Vidya Balan gave to an entertainment paper, about how ‘Fat is sexy’ (she can get away with saying that, she has a National Award backing her sentiment) and which Kareena Kapoor rebutted two days later with the bitchy comment, “There’s nothing sexy about being fat. Anybody who says so is just lying,” I saw pictures of Vidya in the same paper yesterday. Lying or not, Vidya Balan is the poster girl for the wrong kind of pudginess – why are we celebrating a woman who is simply bursting out of her backless sari blouses? Is it just me, or does anyone else think that she is deliberately not changing out of her saris – is there another dress option for her left? I’m not saying she would look ugly in a dress or a pair of trousers – I am just saying that that is probably what she herself thinks.

I don’t think fat is ugly. I think skinny is ugly. But there’s a need to choose the right role model for your body type. And what’s more, whether you choose Vidya or Kate Moss, you still need to exercise and eat right. That’s what I’m doing. Because underweight is just as dangerous as overweight.

Vrushali Lad is a freelance reporter who has spent several years pitching story ideas to reluctant editors. Once, she even got hired while doing so.