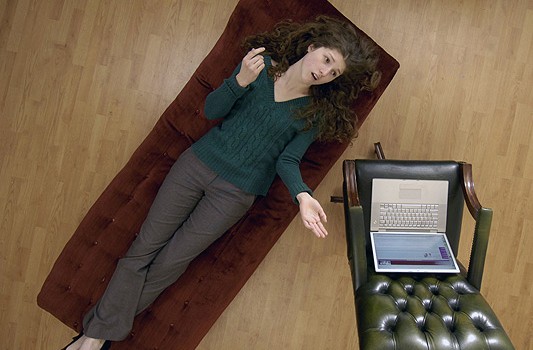 Early this week, Twitter users in Mumbai were outraged and astounded by the story of a Mumbai-based writer who blogged about physical abuse at the hands of her boyfriend. The post went viral in minutes, and several Twitter users rallied around the girl and heaped suitable abuse and condemnation on the perpetrator of the beatings, punchings and head-on-wall slammings that the girl said she had been subjected to. For five days, the story played out on Twitter over and over again, with almost all the junta saluting the girl’s courage for speaking out against abuse, and several more promising support and help.

She did not go to the police for personal reasons.  Meanwhile, the boyfriend suspended his Facebook account and went silent on Twitter. There were a few who felt that the matter should not have been aired on a public platform like Twitter at all – that it was a matter to be solved between two adults, privately. Those who expressed this opinion were quickly attacked by the outraged majority, with such analogies as, ‘That is like saying murder should be solved between the murderer and the victim’.

A friend of mine was telling me about a woman she barely knows, who uploads a new picture of herself every day on Facebook, and who recently took an opinion poll on whether her FB ‘friends’ would like to see pictures of her actually giving birth to her son. My friend and I took respective mini Twitter and Facebook sanyaas with these goings-on, moving on to solving our little crises on our own, without a lot of strangers looking in and offering support and encouragement.

It’s not like I don’t want support, it’s just that I don’t need it from a bunch of people I don’t know.

I’m not trivialising anybody’s crises, least of all domestic abuse – it is a sad evil that must be spoken against and more importantly, acted upon – and I’m not getting into the whole ‘Haw! How can he beat?’ debate either. I actually couldn’t care less because I don’t know either the beater or the beatee. Yes, the issue bothers me, just like paedophilia and marital rape bother me. But I am surprised that we are increasingly turning to our computer screens for solutions to our problems.

We are buoyed by retweets from perfect strangers. We are excited by glowing reviews of a new pic we just uploaded on FB. It thrills us to know that complete strangers are recommending our blog posts, tweets and status messages to the world. If we break up with our partners, we tell the virtual world about it and wait for commiserations. We even live tweet the births of our babies (and open Twitter accounts for them). And when people we don’t even know write back to us saying, “I know just how you feel…” we are quietly proud of how someone out there ‘gets’ us.

It seems that we are increasingly looking for validation from an unknown mass of people, and what’s more, looking to be liked. Criticism from unknown quarters stings us. The virtual unknown is important to us, sometimes to the exclusion of family and friends. We’re having dinner with our families, but not participating in the discussion happening over our heads because we’re tweeting about what a good time we’re having at our family dinner. We’re out drinking with friends, but we want to offer immediate proof of what a good time we’re having, so we put up pictures of us pulling monkey faces while we show our drink glasses to the camera. Then the next morning, we explain how those pics were not supposed to be uploaded, that we didn’t know what we were doing because we were so drunk, lolz.

It seems to me that while we’re reaching a lot of people today than we used to, we’re actually unloading on the virtual world a bit more than we used to as well. We’re so connected, the lines between personal and private are not lines any more, but mere specks. Everything is up for evaluation – our personal crises, our major and minor tragedies, our trivialities and successes. And though our world view is much wider in scope as well, we’re expecting strangers to agree with us, to hold our hands through our decisions, to tell us what to do.

I don’t know about you, but if I need help, praise or support, I’ll get it from people I know. The Internet is too creepy a therapist.