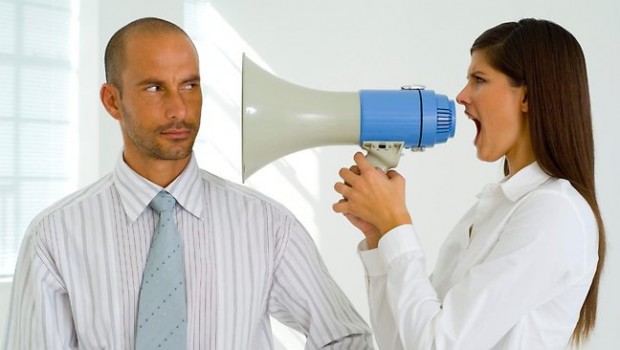 …and throws her weight about like nobody’s business. Why do women bosses in the media model themselves on Miranda Priestley?

If you’re anything like me – that is, a girl who likes to work because she likes to work and has no other girly interests, such as the latest fashions and whether brown is a colour Indian women would ever prefer whole-heartedly – do not ever work for a woman’s lifestyle or fashion magazine.

From personal experience, I can tell you that you will be expected to dress like a model. Wearing footwear other than stillettoes is a crime punishable by hanging from the ceiling by your toes. Using a scrunchie to keep away your unruly hair from your face is also a crime fit for the guillotine. Wearing denims to work will get you ostracised till you came back wearing linen trousers or a very expensive skirt. If you wear flats, they have to be ballerinas, not flip flops or something equally foul. You never repeat an outfit for at least two months, you eat at only the most expensive restaurants and you network only with those in your circle.

Speaking in any language other than English will get you transferred to the mail sorting department. And where I worked, you couldn’t speak to the boss at all, even when you were dying of a terminal disease and needed a day off to arrange for your own funeral, because the boss was too busy to look up from the computer screen where a furious game of Angry Birds was in progress. I am not kidding.

I find that women heading magazines catering to women consciously model themselves on Miranda Priestley. They would have modelled themselves on Anne Wintour directly, but most of them are not sure if Miranda Priestly is Anne Wintour, and Meryl Streep is more famous. Of course, Miranda Priestly is a bi**h, but she is a bi**h who is on top of her game, knows exactly how to produce issue after issue of stellar reading material, cannot be fooled by fancy story ideas that are essentially a rehash of last year’s covers, and who shows up for important events and photo shoots because all she cares about is that the magazine looks good.

The women I worked for in magazines ignored the rest of these qualities and concentrated only on being bit**es. It didn’t get them very far with the staff, but it got them the editor’s chair, so all was good. These women dressed fancy, spoke Oxford English, some accented Hindi when telling the office boy “thoda chai leke aana, bhaiyya,” never spoke to the staff unless to yell at them in front of the entire office, never showed up for magazine events unless they were covered by the Press (in which case they showed up only with their cronies) and were shameless enough to demand freebies such as jewellery sets and iPads from PR agencies liaisoning with the magazine for stories.

If only they cultivated Miranda Priestley’s class as well.

Compare this state of affairs with the few women editors in newspapers. I’ve heard glowing reports of Ranjona Banerjee as the boss at DNA a few years ago. I’ve found Sumana Ramanan (Senior Editor, Hindustan Times) to be soft-spoken and clear about her expectations from a story. Deepali Nandwani was a capable editor at Yuva, always taking the trouble to discuss each story idea at length before giving the go-ahead to work on it. Carol Andrade was a gem of a person to work under at Times Response. Several tales are still told of Dina Vakil’s class and good manners, and the woman’s not been around for quite a while now.

Nobody’s saying these women are/were perfect editors, but at least they didn’t make themselves out to be jerks. Which is what anyone expects from an editor in the first place.

I was once speaking to senior journalist Mrinalini Naniwadekar about the tendency of women bosses to throw their weight about, sometimes for no reason at all. Mrinalini thought it stemmed from an old struggle that the first women journos in the city faced when trying to get themselves assigned on important beats such as crime and politics, which used to be denied to them. Probably the resentment still lurks. Probably several women have been thwarted in their ambitions by men. But these situations don’t exist any more, at least not in the big cities – though most editors today are still men – and with so many women already in the profession and so many more joining the ranks every day, it is inexplicable that women bosses would still need to show any measure of ‘toughness’ by being total as***les.

And why be rude and unkind to appear tough? Is there any call to treat people like dirt just to show that you are the boss? Since when has it been cool to make ‘no’ your favourite word, not grant people you don’t like an audience, not sanction leaves that the employee is entitled to, and generally go on an unnecessary rampage against the world because you want to first cultivate, then reinforce the image of a no-nonsense go-getter who suffers no fools?

Worse, why try to be tough when your entire staff comprises women? If you were out to fight the men in a men’s world, why are you giving such grief to women as well? Or are you really just nasty?

If anyone’s figured this out, do let me know. *ties her hair up with a scrunchie and goes about her business in Osho chappals and last week’s clothes.*