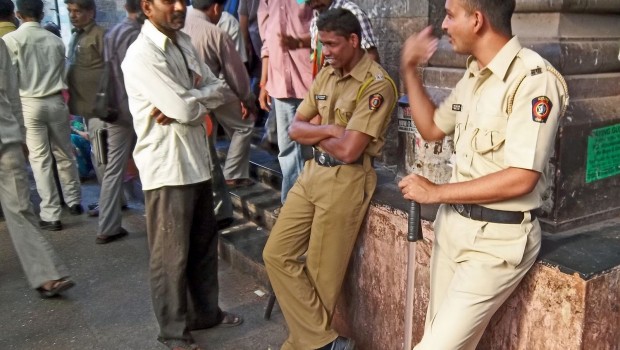 Correct me if I’m wrong, but it seems to me that the police are a bunch of dodos. What else could explain what I’m about to describe next? And, trust me, this has happened before as well.

A few days ago, I was looking for a Borivli-bound train at Churchgate station. If you’ve been to Churchgate station, you’ll know it is characterised by three things: its subway, its Wimpy restaurant right opposite the public restrooms, and the benches on which bored policemen and policewomen sit and chat with each other, occasionally taking down details and checking bags of random commuters.

It was to two of these policemen that a scared-looking young man, probably on his way home from work as well, ran up to, breathless with excitement. “Sahab, wahan ek bag pada hai! (Sir, there’s a bag lying there!),” he said, pointing in the direction of Platform 4. His face was flushed, and I noticed a tremble in his hands. “Please come with me,” he implored the two cops.

To his chagrin, the two cops merely glanced at each other sleepily. “Tu jayega ki main jaoon?” one asked the other. (I swear I am not kidding). As if by some tacit consent – one of them probably owed the other some small debt – the sleepier of the two rumbled to his feet. “Chalo,” he said to the young man.

I followed the two to see what would happen next. If there was an unidentified bag with a potential bomb in it, I wanted to witness the action.

The cop followed the young man, unhurried and supremely bored. The young man, meanwhile, raced ahead looking for the spot that he had seen the bag in. When he found it, his face lit up with the glow of achievement – he was, after all, rendering a great public service by pointing out unidentified baggage, which is what public service announcements exhort us commoners to do all the time.

The bag was finally found, and I confess my heart sank when I saw it. A black rucksack, placed next to a pillar, adjacent to Platform 4. It was bulky and could have held practically any kind of explosive. The young man pointed at it and backed away, eyes wide.

The cop, whose name should ideally figure in next year’s Gallantry Awards list, nonchalantly approached the bag, and I swear I am still not kidding – poked it with a finger, then pulled open a zipper and started rummaging through its contents.

The young man backed away, horror written all over his face. With a last look at the cop happily emptying the bag of its contents  (a few books, some loose papers, an ID card, stray stationery), he walked away and soon melted into the crowds. I wanted to stop him and tell him to not be horrified. Because I have seen cops do exactly the same thing every time a citizen points out suspicious baggage on railway platforms or on the streets or inside trains – they start by tapping the baggage with their lathis, then poke and prod with their fingers, then empty out its contents before pronouncing, “Kuchh nahin hai ismein.”

At the risk of sounding extremely uncharitable, if there ever is a time for a bomb to go off, that time is when a lazy, foolish policeman approaches suspicious baggage and starts poking it. Too bad we citizens are not empowered to call the bomb squad ourselves.