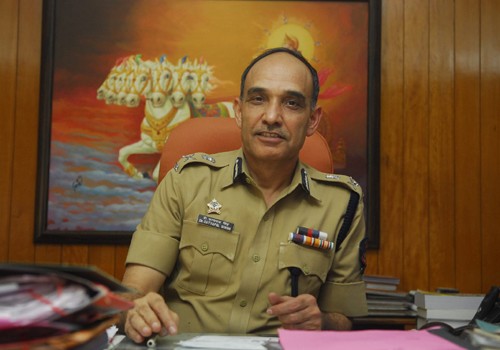 I don’t advocate violence. I hate fights on the streets. It makes me sick when people beat each other up over trivial matters in the train. I feel frightened by how easily people are raising their fists, or even guns, on those who have irritated them in some way.

But all of that is nothing to the irritation I feel when I see the Men in Khaki make complete dirtbags of themselves, especially when they are supposed to assist the public. The Mumbai police commissioner has issued a circular that outlines the harshest punishments to those who attack cops in the city. Those who assault a cop may lose their jobs, the freedom to go out of the country, their driving licenses, their passports, and most importantly, their reputation. (Read about the circular here)

In the case of such incidents as the Azad Maidan violence, when rioters beat up policemen and molested policewomen, and even in such cases where cops get beaten up by gangs of thieves who the cops attempted to capture, I feel for the police force. They are overworked, underpaid, and generally not protected by the administration when they face such issues on the field.

But, Dr Satyapal Singh, please answer this: However underpaid, understaffed and unprotected your police force is, does it take your men too much effort to cultivate some basic manners? I cite a few incidents that I have personally witnessed, and which will help you see what I mean:

–  My house was burgled two years ago. It was a case of forced entry, and the thieves took advantage of the fact that my cupboard keys were lying in plain view. The constable’s (who came for the panchnama) first comment to me was: “You are educated people. How can you leave your cupboard keys lying around when nowadays there are so many burglaries taking place?”

– The fingerprint ‘expert’, while doing nothing useful, kept extolling the virtues of the thieves, who he said had not left a single fingerprint behind. “Very clever this thief is,” he chuckled to my face.

– At the police station, while getting my FIR written, a woman from a neighbouring slum came in crying and said that her husband had taken her child away from her and locked her out of the house, furious that she had gone to Tirupati without his permission. Do you know what your duty officer did, Dr Singh? He didn’t write a complaint. He didn’t call the husband to the police station. No, sir. He said to the woman, “Has he been fighting with you for long?” When she said ‘yes’, he said, “You had gone to Tirupati. Why didn’t you ask God to grant your husband some sense?” The woman left the police station shortly after this.

– When a call centre employee was rude to my father over a disputed phone company bill, the duty officer at the police station deigned to call the call centre, but hung up after a brief conversation, because the girl who was rude to my dad refused to give her last name. The duty officer exclaimed, “I cannot talk to people who do not give out their father’s names.”

– My best friend went to court with his aunt to claim a gold chain that had been snatched from her a few months ago. Your officers refused to return the chain without a bribe of Rs 500. And the chain they gave her wasn’t even hers, it was somebody else’s.

– Two years later, my burglary case has still not being solved. Why? Because your men tell me that “jewellery and laptop thefts are difficult to crack.” Oh, but they insist that I go to court and classify the case.

Dr Singh, you are within your rights to protect your men. And I do agree that your men require protection. But can you really blame a person for assaulting your men, when harried by the theft of his car, or his mobile phone, or a domestic dispute, and instead of receiving help and commiseration, only gets unasked-for advice on how he was wrong and how he deserved what happened to him? It took me all of my self-control to not pick up a heavy object and hurl it in your constable’s face, when he kept saying that it was my fault that my house had been burgled. Only the fear of consequences stops more people from assaulting your men.

We’re human, too, Dr Singh. We get really furious when your men tell us how we got what we deserved. Does anybody deserve to be thrown out of their houses? Or to lose everything to thieves, everything they’ve worked for all their lives, because they left their home for a few hours to visit relatives? Or to have their mobile phones flicked from their pockets? What gives your men the right, then, to tell us that we were in the wrong when something like this happens to us? Or to demand a bribe to do their jobs?

Yes, you are within your rights to make my life a living hell if I assault a member of your force. In the meantime, Dr Singh, why don’t you also ensure that your men mend their boorish, often uncooperative ways? If you feel that taking away my driving licence, my job, my passport and everything that is a close part of who I am, will ‘discipline’ me, are you also issuing a circular to your men, stating how you will discipline them if they refuse to do their jobs, and not add to a complainant’s grief and fury by being wiseguys?