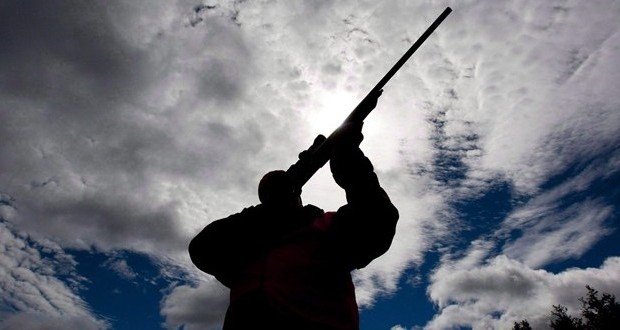 You are a terrorist

Terrorism doesn’t start with the picking up of a gun. It begins with mentally slotting people on various small fronts.

It might shock you to hear this, but it’s true. You are a terrorist. You have been contributing to terrorism in one or more ways knowingly or unknowingly.

It seems to me I am meeting a lot of terrorists these days.

What really is terrorism? It is an act of creating terror and feeding people’s mind with fear.

And you are contributing to it in many ways. The first step of supporting terrorism is when we, as individuals, try deciphering a person’s origin the moment we get to know his last name. It is the favourite pastime of an average Indian.

“Oh, your name is Mark Wesley. You are a Catholic?” you might say.

The moment we hear a person’s name, we get all excited. Like a person is a puzzle presented to us, and that must be solved. And as if we are not foolish enough to divide people in terms of Muslims, Sindhis, Sikhs and Parsis, we go a step further and say East Indian, Goan, Dalit and what not.

Let alone this sport of naming and categorising everyone in sight, we even throw out silly taunts when we celebrate festivals or watch matches. Have you ever gone up to a Muslim friend and asked him if he is supporting Pakistan when the cricket match is on?

Aren’t we helping terrorists – the bomb-weilding kind – become more powerful, for these kinds of statements make it easier to brainwash people later?

We are basically supporting terrorism as long as we keep dividing our people. We get amazed and make it a big story when a Muslim hosts a Ganesh at his place during the Ganpati 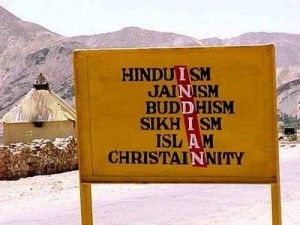 festival. If you are a mediaperson who prints such stories to show that India is a land of ‘Unity in diversity’, you are a terrorist. Why does it shock you if someone wants to believe in a God without calling that God Allah or Ganpati?

The irony of the matter is that God has become a divisive name in today’s world. Even if you think you are the most reluctant fundamentalist, think again. If you have ever gone out to show the world that your celebration of a particular festival is better than any other religion’s celebration, then you have reiterated the divisive mindset.

If you still disagree, listen to this. The moment you go, “Patil is Marathi, Shah is Gujarati, Kapoor is Punjabi, Motwani is Sindhi, Batliwala is Parsi, Sheikh is Muslim, D’Souza is Catholic,” you are supporting terrorism, for you are segregating people in your mind. You are giving them an association that might not actually be true. Your mind is that of a terrorist, that automatically relates one person to be a part of a larger group, and you believe that group to be representative of a certain kind of behaviour.

More examples of daily terrorism? Sitting at a table and acccusing someone of being a miser as he is a Marwari, or calling a loud mouth at work a Bengali, or a show-off neighbour, a Punjabi.

When was the last time a person’s name was just a name to you? Or the last time you came across an unusual last name and didn’t waste your and his time asking which part of the country that person belonged to?